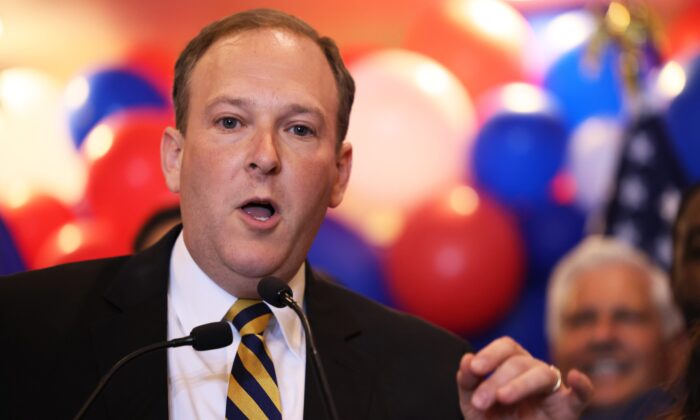 A shooting was reported outside gubernatorial candidate Rep. Lee Zeldin’s (R-N.Y.) home in New York, he confirmed, adding that his family members were not harmed.

“My 16-year-old daughters, Mikayla and Arianna, were at our house doing homework, while my wife, Diana, and I were in the car, having just departed the Bronx Columbus Day Parade in Morris Park,” Zeldin said in a statement on Sunday night to several news outlets.

Zeldin stated that two people who were shot were laying down underneath Zeldin’s front porch and in bushes near the porch.

“After my daughters heard the gunshots and the screaming, they ran upstairs, locked themselves in the bathroom and immediately called 911,” the lawmaker said. “They acted very swiftly and smartly every step of the way and Diana and I are extremely proud of them.”

Authorities with Suffolk County Police said that the shooting was not linked to Zeldin or his family. A spokesperson told news outlets that the two people who were shot and injured were taken to nearby hospitals for medical treatment.

Zeldin then stated that crime is out of control in New York state. In his campaign against Democrat Gov. Kathy Hochul, who is up for reelection, Zeldin has often focused on crime.

“My daughters are shaken, but ok,” the Republican said. “Like so many New Yorkers, crime has literally made its way to our front door. My family is grateful to all who have reached out and we will provide another update when we can.”

In July, a man armed with what appeared to be a bladed device accosted Zeldin while he was speaking in Upstate New York. Zeldin was not harmed in the incident, but he accurately predicted that the man would be released because of the state’s bail reform laws. He was later arrested on federal charges.

The gubernatorial candidate has repeatedly called for state lawmakers in the Democrat-led legislature to repeal the state’s bail reform laws.

“[Hochul]’s been pandering to pro-criminal allies and she’s been on the wrong side of these issues one after the other,” Zeldin told Fox News on Friday. “Kathy Hochul can’t confront this head-on because she hasn’t actually been doing anything about it.”

The Suffolk County Police Department issued a brief statement saying it was investigating the shooting. Police had no information about who fired the shots, a spokeswoman told The Associated Press.