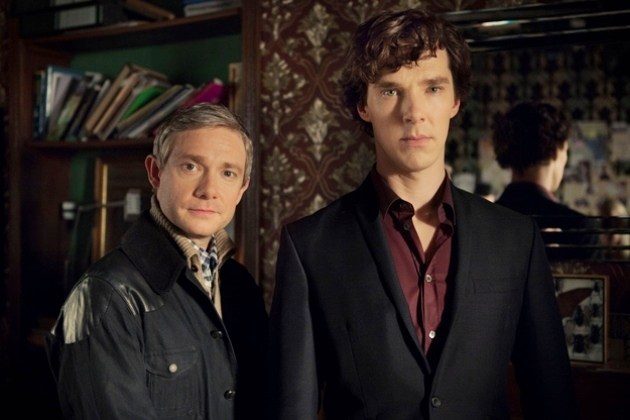 ‘Sherlock’ season 4 could be a long way away, with the premiere possibly not airing until 2016.

“I have no idea,” Moffat said when we asked if it may be as long as two years until the premiere of Season 4. “Sue’s working on the schedules right now. I just started with Capaldi on the new series of Doctor Who. You know, we’ll do what we can, but with no sacrifice in quality — that’s the thing. If people have to wait two years, they’ll have to wait two years. When’s the next James Bond film? You know, it’s not that kind of show that turns up all the time. It’s just not. But the good news is, that probably means it will turn up sporadically for a very, very long while.”

Moffat did tell reporters earlier this year that “Sherlock”–which notoriously only has several episodes per season–has been renewed for season 4 and season 5.