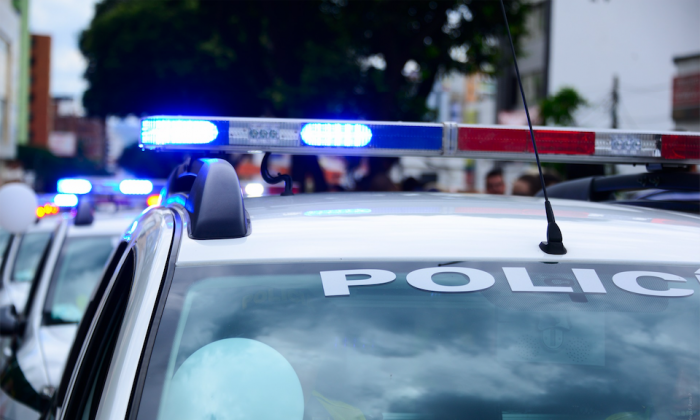 An Adams County sheriff’s deputy shot and killed on the night of Wednesday, Jan. 24, while in pursuit of an assault suspect has been identified by the authorities as Heath Gumm.

Gumm was shot in the chest by a suspect who fired several bullets from a handgun while evading capture after deputies responded to an assault call, the Post reported, citing sheriff’s spokeswoman Senior Deputy Amanda Overton.

The 32-year-old officer was then taken to the hospital and pronounced dead.

“We’re praying for the wife and family of our fallen deputy. Please keep us in your thoughts and prayers,” Overton said.

Breaking: We are on scene of an officer involved shooting in Adams County. We are hearing that suspects may still be on the loose. Police K9’s from Aurora, Arvada, elsewhere are here helping. Follow @LizGelardi for the latest from the scene. pic.twitter.com/R39HpT4rOU

The authorities have taken one suspect into custody, two remain at large.

A dragnet consisting of SWAT teams, Aurora police, and canine units continued the search for the suspects. According to Fox News, drones were deployed in the manhunt.

Citing the needs of an ongoing investigation, police advised local residents to exercise caution and take precautionary measures such as staying away from windows or avoiding certain parts of the city.

“Tonight we watched as a community was on edge and a sheriff’s deputy was shot while responding to a call in Adams County,” Colorado Gov. John Hickenlooper said in a statement. “We are deeply saddened to learn that the deputy has died from injuries sustained in the shooting. Our thoughts and prayers are with the Adams County Sheriff’s Office and the family and friends of the deputy killed. The investigation is ongoing and authorities continue to work to restore calm to the area.”

Cops are standing in clusters, quietly talking. Others are lining outside the emergency entrance. pic.twitter.com/ZrcxHSS9f3

Gumm had served with the sheriff’s office since 2013.