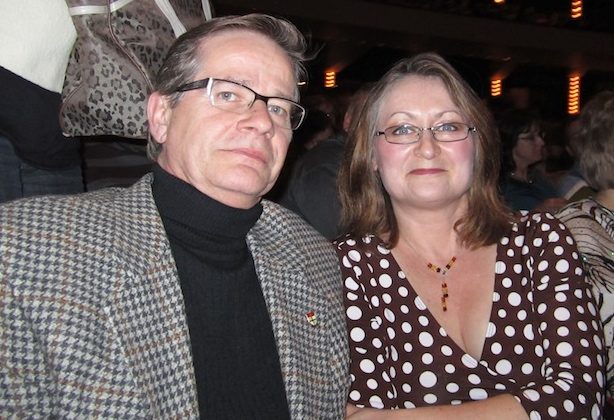 OTTAWA, Canada—Shen Yun Performing Arts’ vocal soloists and orchestra delighted theatergoers who got their first exposure to traditional Chinese culture in the nation’s capital on Friday, Dec. 28 at the National Arts Centre (NAC).

Friday night was Shen Yun’s second performance in Ottawa in front of a full house.

The emcees of the show, Jarred Madsen and Jing Xie, provided brief introductions to each piece in English, Chinese, and French for the audience. The performance took the audience on a tour of 5,000 years of Chinese civilization through a collection of short pieces.

The Shen Yun Performing Arts New York Company, one of three Shen Yun touring companies, came to Ottawa after five sold out shows in Mississauga, while the other two companies currently tour Houston and Escondido in the United States.

Guy Gervais, an artisan and guitar and piano player, enjoyed the music very much and got his first taste of traditional Chinese culture. He attended the show with Amanda Robbins.

“It opens my eyes for a different culture,” Mr. Gervais said. “The colours are vibrant, very nice, I love the music as well.”

The Shen Yun Orchestra features Chinese instruments, such as the erhu and the pipa, with traditional Western ones for a dramatic new sound.

“A Western philharmonic orchestra plays the foundation, while traditional Chinese instruments lead the melodies. The ensemble at once expresses both the grandeur of a Western orchestra and the distinct sensibilities of China’s 5,000-year-old civilization,” according to Shen Yun’s website.

Eric Pellerin, Chief of Radiation Surveillance at the Radiation Protection Bureau within Health Canada, attended the show with his father Richard Pellerin, a retired medical doctor. He also got his first exposure to traditional Chinese culture.

He said he enjoyed hearing the lyrics in Chinese and that it creates a new sound.

“The singer must grasp the highly difficult technical requirements of bel canto operatic singing while retaining the proper Chinese articulation and diction—today, this is unparalleled,” according to Shen Yun’s website.

“The show for me is splendid, fantastic. I’m not used to this type of show,” said the elder Mr. Pellerin.