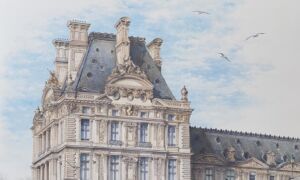 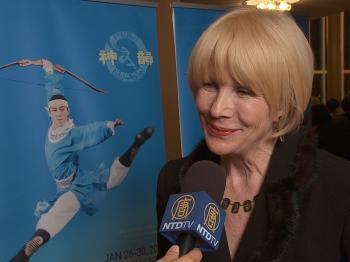 WASHINGTON—Shen Yun Performing Arts is the world’s premier classical Chinese dance and music company. Its elegant presentation of China’s traditional culture is seen as a renaissance of the richness and depth of that culture.

This week, the New York-based Shen Yun is playing for crowds at The Kennedy Center Opera House, situated along the Potomac River.

The company espouses the mission of restoring China’s ancient values, such as grace, kindness, compassion, and loyalty. During the Cultural Revolution of the 1960s, much of China’s traditional culture was systematically destroyed by the communist regime.

‘The Beauty of the Culture’

Jody Westby, CEO of a cyber security company, also commented on the importance and value of free expression and of being able to communicate “ideas and beliefs without interference from any government.”

“It’s an especially important concept in China, where I believe so many people are impacted,” she said.

“I really enjoyed seeing the show and seeing the dancing and better understanding the cultural issues and the issues the people of China face.

“I see the beauty of the culture of China. And I also see the struggles that [China is] facing in society,” she said.