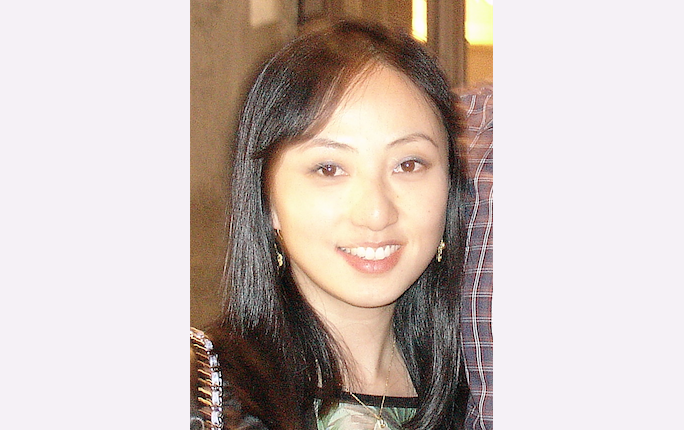 Ms. Wuli, who is Chinese and was brought up in Australia, came to see the performance with finance director, Calvin Humphreys.

According to its website, Shen Yun’s mission is to revitalize traditional Chinese culture with a performance that features Chinese classical dance, symphonic music, colorful handmade costumes, and digital interactive backdrops.

Although classical Chinese dance is at the core of Shen Yun, the music also plays a critical role. Shen Yun’s orchestra is unique in that it exclusively combines Eastern and Western instruments.

In addition to classical Western instruments, the Shen Yun orchestra showcases the erhu (two-string Chinese ‘violin’), and the pipa (Chinese ‘lute’), just to name a couple.

“I was actually quite impressed with it … sound wise, and the combination of instruments,” Ms. Wuli said. “And also, I was quite impressed [that] a lot of the music was composed especially for the show. So I think the compositions are really good as well.”

Ms. Wuli said she could hear the combination of Western and Chinese influences in a lot of the pieces. She said this highlighted the Chinese instruments. The Shen Yun Orchestra combines the beauty and distinctiveness of Chinese sounds with the power and precision of a Western orchestra.

“I think in terms of melodies, the way they’ve composed the music [is] really suited to the choreography of the dances. So it’s really good. It’s a very good combination,” she said.