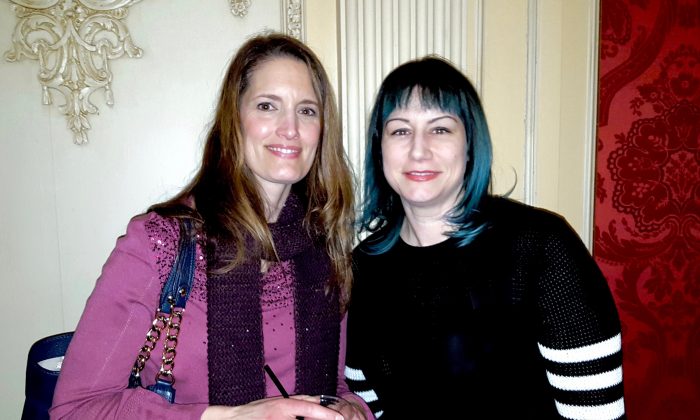 BOSTON—For thousands of years, Chinese culture had deeply spiritual roots. Despite the divinely inspired culture’s long history, this fact comes as a surprise for many today.

For ten years now, this heart and soul of the culture has been exactly what New York-based Shen Yun Performing Arts is trying to revive through music and dance.

Athena Pandoll, a marketing assistant, saw this spirit alive on stage through Shen Yun in what she said was an eye-opening and welcoming performance.

“They’re just trying to promote that the sense of peace and love and harmony is good,” Ms. Pandoll said at the Boston Opera House on Jan. 23. Ms. Pandoll said Shen Yun’s dances touched on many topics, even sensitive ones like the Cultural Revolution in China when the communists tried to uproot traditional beliefs, or the fact that religious persecution persists in China today. Yet Shen Yun does it in a way that is “classy and thoughtful” and “welcoming to all,” she said.

This was meaningful to Ms. Pandoll personally, she said, because in today’s society there is such opposition to all kinds of thoughts and beliefs. But Shen Yun was able to portray the beliefs of traditional Chinese culture in a way “that’s welcoming, maybe opening people’s eyes to something they didn’t know was there.”

Ms. Pandoll attended the performance with Gretchen Shae, a singer and songwriter who teaches writing at the Boston Conservatory. Ms. Shae also appreciated learning about China and different time periods in China’s rich and ancient history, and also about the persecution that is happening under the communist regime today, because, she said, people tend to not seek out issues that don’t directly affect them in America.

Meghan and Alexander Durden likened the experience to “watching a painting in motion.”

Mrs. Durden, an elementary art teacher, said she was just captivated by the artistry and pulled into the performance by the stories and “forget about everything” else.

Mr. Durden, who works for the Department of Defense, shared his love for martial arts and the classical stories Shen Yun presented like a piece that touched on the Monkey King’s early days. It was so captivating and filled with historical details that Mr. Durden felt like he was back in ancient China.

The stories conveyed a wide range of emotions and the dancers had expressed much to the couple through classical Chinese dance.

Mr. Durden said there was a particularly powerful moment when Shen Yun addressed the persecution of the spiritual practice Falun Gong in China today. He saw a husband and wife steadfast in their faith, and “saw how after all that persecution they still had the faith at the end.”