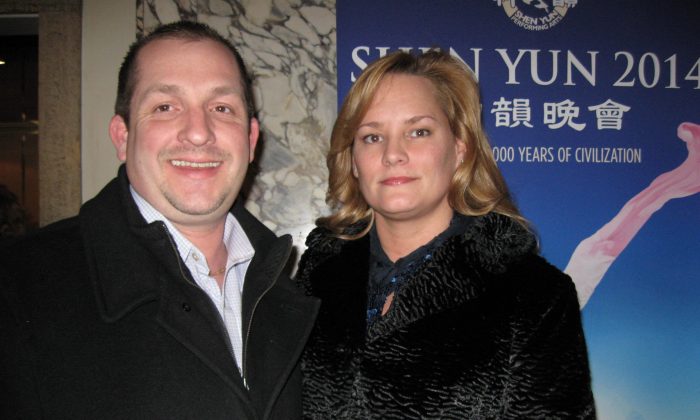 Shen Yun Shows the ‘Endurance of the Human Spirit’

OMAHA, Neb.—Melanie Hegwood loved the metaphor of the lotus that she saw in one of Shen Yun Performing Arts Touring Company’s dances on Saturday evening, March 8.

She and her husband attended the performance at Omaha’s Orpheum Theater on the first night of its two-day run.

In The Steadfast Lotus, a woman is persecuted in China for practicing a spiritual meditation discipline. Ms. Hegwood noted that the lotus represented “the endurance of the human spirit.”

“I thought that was pretty cool,” she said. Ms. Hegwood works at the Embassy Suites Old Market.

Shen Yun, based in New York, aims to revive millennia of Chinese culture through classical music and dance.

“I like the story of the lotus flower. I think that was very inspirational. It made me feel like somebody had been pushed down, and then through it all, came out of it beautiful and glorious,” she elaborated.

About the entire performance of about 20 short programs, she felt it was beautiful, uplifting, and elegant. In particular, she mentioned the colors. Shen Yun is known for both its backdrops depicting Chinese vistas and landscapes, and for its costumes.