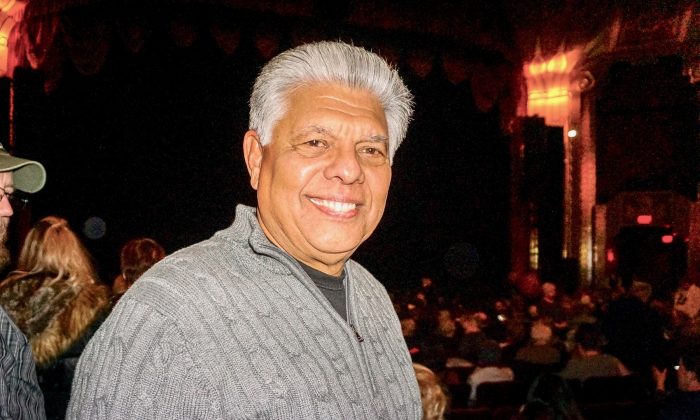 AURORA, Ill.—Shen Yun Performing Arts performed at the Paramount Theatre on Jan. 11 in Aurora, Illinois as one of the stops on their 130 city-plus world tour to preserve the 5,000-year culture of China.

“Absolutely fantastic,” he said.  The precision, the dancing, the movements—it’s spectacular. We are so glad we came with our granddaughter.”

He mentioned that while he doesn’t agree with the politics of communist China, he does appreciate Chinese history.

Shen Yun has the mission of reviving authentic Chinese history, which has been suppressed in China since the Chinese Communist Party (CCP) seized power in 1949.

What the CCP Doesn’t Want You to See

Shen Yun is a classical Chinese dance company formed in 2006. The company has six touring groups that travel the world from their headquarters in New York, but they do not travel to China, as it would not be safe for them there under risk of violence by the CCP. Even as Shen Yun travels the free world, they have faced political interference in other countries from the CCP.

For example, during Shen Yun’s first year, the CCP sent 60 CCP-controlled imitation dance troops to tour the world in an attempt to drive Shen Yun out of business. In the second year, even more dance companies were sent by the communist party to snuff out Shen Yun. In year three, the CCP had their embassies and consulates around the world call theaters to try to stop Shen Yun’s shows.

But despite the politics and interference from the communist party in China, none of their tactics have succeeded. Thirteen years later, the performance is beloved world-wide. This year alone, Shen Yun will bring 5,000 years of vibrant Chinese history to people in over 130 countries.

Frank Mampreian, a retired technician in the oil industry also had some comments about present-day China.

He said that the reason classical Chinese music and dance cannot be enjoyed in present-day China is Marxism.

“Communism is no good,” he added. “It destroys souls. And that’s what they do. The soul is depressed because of it and that’s what you have in present-day China. And anybody that thinks that communism is a good thing doesn’t know anything about it.”

“Come see this,” Mampreian said.  “This is beautiful. It’s so uplifting, so you feel so good inside.”

“You feel joy inside as you are watching it. The beautiful dance with the choreograph with the flowing of the costumes. Especially with the ladies with the swirl with the scarves and things. The young men, so athletic and acrobatic. It was beautiful. The music is so splendid.”

“I see it because the divine being is all about goodness and truth and beauty. These are the hallmarks of God. We would say God, they talked about divine being. We’re talking about the same person. Goodness and light,” he said.

With reporting by Catherine Wen, Valorie Avore, and Carrie Gilkison.