Shen Yun ‘Should Be Required Viewing for Everyone’ 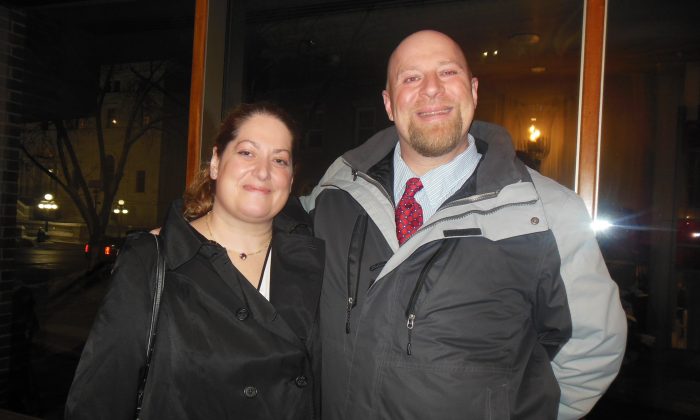 ST. PAUL, Minn.—Allison Miller found Shen Yun Performing Arts so touching that she had tears in her eyes throughout the whole performance. She saw more than just the colors, athleticism, and beauty, in fact, what she experienced was beyond that.

“I had goosebumps through the whole thing. The energy and electricity were amazing. I felt it. I felt like I was part of it and that I understood it,” Miller said.

Miller, a vice president at the United Health Group, experienced Shen Yun with her husband Josh Murack, a retired CTO who founded a consulting company, at the Ordway Center for the Performing Arts during the evening performance on Feb. 16. The New York-based company is in the midst of its 2019 tour across the globe with six equal-sized groups.

New York-based Shen Yun’s mission is to revive China’s semi-divine culture. The ancient Chinese were heavily influenced by Buddhism, Taoism, and Confucianism, and strove for self-betterment in their daily lives. Many stories and dances in the performance draw on upon the vast history of this 5,000-year-old civilization, displaying the inner spiritual core of China’s culture that encompasses the universal values like benevolence, kindness, and honor.

The couple said that it was a privilege to have the opportunity to see the culture of China presented in such a way.

“The history that they share through dance I think is amazingly reflective, it is just amazing to see it. To have this chance to see it when other people will never be able to—it’s just a privilege,” he added.

Miller agreed, saying that it provided Americans an opportunity to understand the cultural differences between the two countries, but that she also realized they shared many common values.

“It was amazing to be able to bring that together to say that we all have the same goals and desires and wants and wishes,” Miller said, adding that Shen Yun is an amazing opportunity to see the history of China.

“Everybody should go and see the show. This should be required viewing for everyone. I’m grateful that we got our children here,” she said.

Miller wanted to thank Shen Yun’s artists: “To the director and to the dancers, thank you so much for allowing us the opportunity to take part of this experience. I had goose bumps and chills and tears in my eyes the whole time. I was excited, enamored, and it was just amazing—lack of words!”