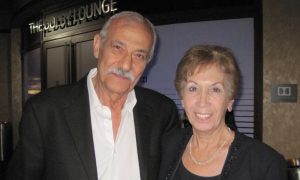 The beauty of the dance, the skill of the performers, and the profound themes in the stories told by Shen Yun Performing Arts, touched audience members in Jacksonville, Fla.

Every year, Shen Yun tours to over 100 cities around the world. Their 2015 tour included three shows at the Lazzara Performance Hall, on Jan. 24 and 25.

Reporting by NTD and June Fakkert