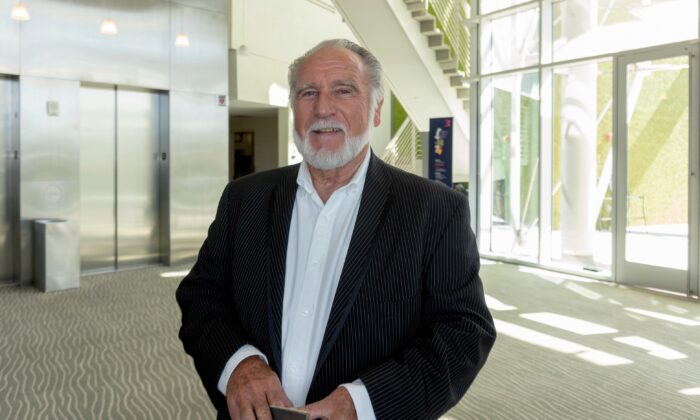 MESA, Arizona—In its 13-year journey to stardom, Shen Yun Performing Arts has grown from one classical Chinese dance company to seven, all based out of New York and now traveling the world to share traditional Chinese culture with everyone.

Richard Clark, a retired contractor, took in what he called a beautiful performance by Shen Yun on March 15, 2020, at the Ikeda Theater at Mesa Arts Center in Arizona. There, he gained inspiration that reminded him of people’s innate goodness and filled his senses with artistry.

“Absolutely delightful,” Clark said about Shen Yun. “Majestic dances. Beautiful choreography. It’s just all the color. And of course, the orchestra is just phenomenal. And it just really a wonderful, wonderful experience.”

“I don’t know I can identify a particular favorite [song or dance] because I am just enjoying the overall experience. So extremely profound that—all the cast and orchestra, everybody involved is just doing a fabulous job,” he added.

Shen Yun’s mission is to revive traditional Chinese culture through storytelling dances, ethnic and folk dances, as well as bel canto vocal performers whose lyrics complement the dances in the performance by carrying through a thread of spirituality that reaches as far back as ancient China itself.

Clark enjoyed each of the stories he saw in the roughly 20  vignettes that make up a Shen Yun performance.

“I find it extremely fascinating,” he said of the stories. “And it certainly helps to have the program explain things ahead, too, and along with the emcees. So, yeah, very enlightening.”

One such story tells of the Creator and his eventual return to earth. This is an ancient legend passed down by Chinese people since time immemorial, and one that Shen Yun’s artists pass on today. So much of authentic Chinese culture contains moral lessons and encouragement.

“Well, I find it enlightening and especially that we all, really, come from a spiritual nature. And this just embellishes that extremely well,” Clark said of Shen Yun’s story about the Creator.

Another storytelling dance draws its inspiration from modern-day China where spiritual believers are unfortunately abducted and even tortured for their beliefs by the Chinese Communist Party (CCP). The CCP has for decades sought to wipe out the very thing Shen Yun holds so dear—China’s profoundly spiritual heritage. To this point, Clark had wise and sober observations.

“Well, you know, the evolvement of mankind has always brought about its perils. And I guess the thing that we can relish as fellow human beings on the planet is that down deep, if we listen to our souls, and if we really allow ourselves to go inward to our spirituality then we find that all is good. And we are all good. And it’s nice to be reminded of that through such artistic beauty.”