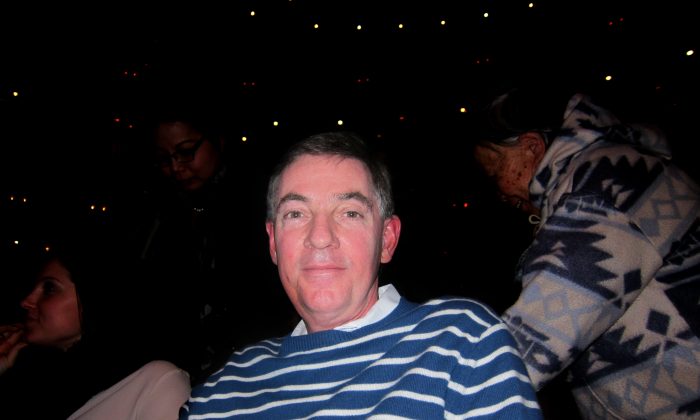 Malcolm West, the CFO of Greenfield, said Shen Yun offered “ a very special portrayal of Chinese history” after he took in the performance on Sunday at the Living Arts Centre in Mississauga. (Quincy Yu/Epoch Times)
Company

MISSISSAUGA, Canada—Malcolm West, CFO of Canada’s top ethanol producer, was fired up by the dancers of Shen Yun Performing Arts on Sunday and gained a greater appreciation of traditional Chinese values and culture.

“Music is beautiful, and the performers, and the orchestra are remarkable,” he said after attending the performance at Living Arts Centre.

“It’s spectacular. It’s really enjoyable watching the colours, the costumes, the grace, and just the fitness level of the performers is amazing,” he said.

Mr. West is the CFO of Greenfield, the top specialty alcohols producer and largest ethanol producer in Canada, with four state of the art manufacturing plants.

Mr. West, who spoke during intermission of Shen Yun’s last performance of 2015 in Mississauga, is also past chair of the Canadian Renewable Fuels Association and continues to serve on the CRFA’s board of directors.

Mr. West said he enjoyed Shen Yun’s ethnic dances as well as the story-based dances. He also praised the jumps and flips of classical Chinese dance, the mainstay of a Shen Yun performance.

“It’s just so energetic and such great leaps and tumbling. Very enjoyable.”

“I think it’s beautifully performed and you get the sense of the essence of the stories as the patterns of behaviour in the dancers, it’s quite interesting.”

Shen Yun’s digitally projected backdrop also impressed him. The vivid animations there extend the range of the stage and synchronize with the dancers on the stage.

“I was very amazed to see the animation popping into reality [and then] into animation, and back-and-forth. It’s very creative,” he said

He also said he learned a bit about the culture, values, and history of China.

Shen Yun was founded on a mission to revive 5,000 years of divinely inspired Chinese culture. Chinese society was once rooted in the values of three religions—Confucianism, Buddhism and Daoism—and principles like compassion, filial piety, propriety and justice. Mr. West thought that Shen Yun’s effort to revive these through the performing arts was worthwhile.

“I think that people can appreciate these values and bring them into their own lives.”

“I would say it’s a very special portrayal of Chinese history and very spectacular.”

New York-based Shen Yun Performing Arts has four touring companies that perform around the world. With its run in Mississauga now complete, Shen Yun International Company will perform from January 21-25 at Sony Centre in Toronto. For more information, visit ShenYunPerformingArts.org