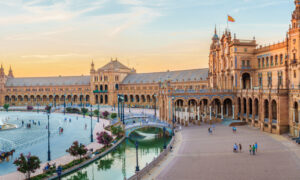 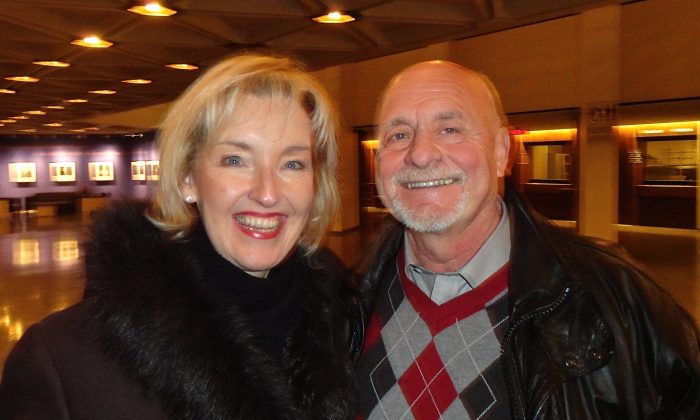 “It was wonderful. I really enjoyed it,” said Mrs. Pagliarello about the show. “I didn’t know all that much about the Chinese culture and this was a really good first impression of everything.

“The costumes, the decor, the music, absolutely everything. I was really impressed. It was really good.”

The couple also greatly appreciated the two emcees who guided the audience through the performance and provided explanations for classical Chinese dance, the foundation of Shen Yun’s dance, as well as the unique orchestra that combines traditional Chinese instruments with a Western orchestra.

“That really helped by explaining the dance before. That kind of set the tone,” said Mr. Pagliarello.

“It was well explained in between every dance, with an explanation of what they were doing or what it meant to them,” said Mrs. Pagliarello.

“The mixture of the Chinese instruments that we hear, but we don’t know too much about them—that was really lovely to hear the music among the music we are accustomed to,” Mrs. Pagliarello added. “Percussion and all, everything else we know.”

He also singled out the two solo singers, a soprano and a tenor. He liked how the lyrics to the operatic songs were displayed on the screen.

“It was really enjoyable to listen to and explain exactly what it was all about,” said Mr. Pagliarello. His wife also noted the passion of the singers.

“They were definitely passionate about what they were singing. You could tell,” she said. “The sound, the music, their voices, and everything were just portrayed very, very well.”

In addition to dance and music, a digitally animated backdrop complements the program adding depth to the presentation and illustrating the wide-ranging scenery across the Chinese beaches, Himalayan mountaintops, and Mongolian grasslands.

“I loved some of the scenery that they showed,” said Mr. Pagliarello.