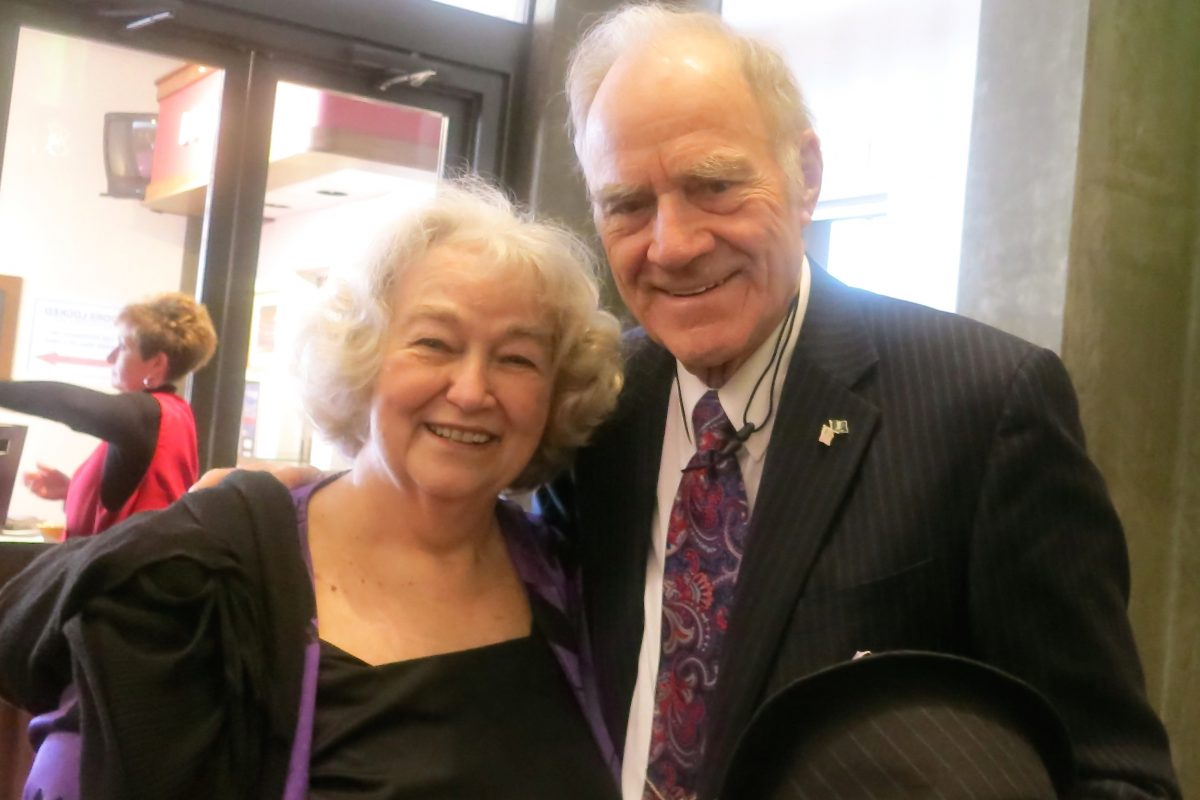 They came due to his interests and experiences in China. Twice, he took a group of U.S. surveyors to China to network with Chinese surveyors. Mr. Best is a retired engineer and surveyor and Associate Professor of Emeritus at Indiana University-Purdue University Indianapolis.

“Spectacular, the imagery was wonderful,” said Ms. LaFourest. “This is the first time I have been [to Shen Yun]. I just loved it.”

For Mr. Best, the skills of the performers were impressive. “This represents the creativity and the artistic abilities of the Chinese people. … The way in which the choreography was put together, it’s just remarkable, the skills that these dancers represent.”

Through dance, Shen Yun is “providing us with background that we otherwise would not have,” he said.

“Chinese dance is at the heart of what Shen Yun does. Known for its incredible flips and spins, and its gentle elegance, it is one of the most rigorous and expressive art forms in the world,” according to the Shen Yun website.

Ms. LaFourest was in awe of the digital backdrops. “Do you know what amazed me? It was the new concept, the video background—the modernization of it.”

A different animated backdrops is created for each of the dance and singing performances which not only interacts with the performers but transports the audience into different realms, historical places and to the heavens and back.

She also enjoyed the orchestra and singers.

“The resounding voices of bel canto soloists are an integral part of the Shen Yun experience,” according to Shen Yun’s website.

“Audience members are often surprised to hear that Shen Yun cannot be seen in China today. In fact, there is no other performance like it in China today,” the Shen Yun website states.

“The explanation dates back to the Cultural Revolution and systematic attempts to wipe out the heritage of 5,000 years of civilization. Shen Yun’s mission is to revive traditional Chinese culture,” Shen Yun’s website explains.

Several of the 20-some mini-dance performances portray the persecution of people who practice traditional meditation.

Mr. Best’s response: “That is one thing that struck me deep in the heart. Why restrict the people in China from not having the ability to seeing something like this? That’s tragic I think.”

Ms. LaFourest agreed, saying “I don’t see what the problem is either. I just don’t understand why they cannot performed there.”