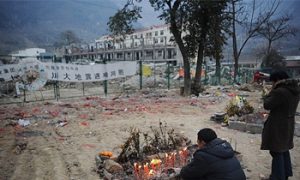 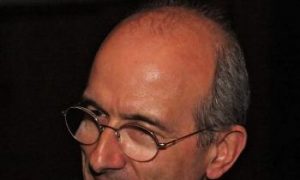 Director of Consulate Protocol: DPA Show Is for the Heart
0 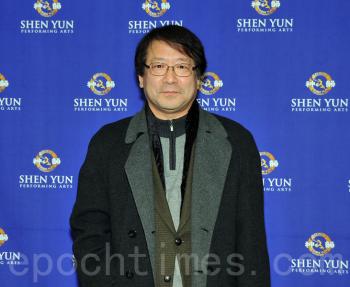 Choi Sang Dae, President of the Korean Institute of Architects, Daegu and adjunct professor at the Department of Architectural Design, Yeungnam University, watched Shen Yun and said, 'A world-class production, it reflects the unique charm and spirit of ancient Chinese culture in a spectacular fashion.' (Lee You Jeong/Epoch Times)
Arts & Culture

By Epoch Times Staff
Print
DAEGU, South Korea—The curtain fell to the sound of thunderous applause in Suseong Artpia in Daegu, South Korea, after the world-renowned Shen Yun Performing Arts International Company concluded its fifth performance in Daegu. After watching the show, Choi Sang Dae, President of the Korean Institute of Architects, Daegu, and adjunct professor at the Department of Architectural Design, Yeungnam University, said, “A world-class production; it reflects the unique charm and spirit of ancient Chinese culture in a spectacular fashion.”

Choi Sang Dae saw Shen Yun last year. Before coming to this year’s performance, he wasn't aware that he would be seeing all new programs. After watching the New York based International Company, he said, “Absolutely new programs; a completely new performance, and a refreshing experience for the audience. [Such a performance] is never easily available. The form of dance offers a direct insight into Chinese history and culture.”

“Dance artists, noted for their world-class mastery, display the unique charm and spirit of traditional Chinese culture in a magnificent fashion,” he said admiringly.

He was fascinated with the presentation of classical literature and legends through the form of dance. The life of cultivation in a monastery is not as dull and lonely as expected. Seeing the innocent and mischievous monks onstage displaying the joys of cultivation, Choi Sang Dae said, “The program about the young Buddhist monks is very entertaining, interesting and special.”

He said ancient Chinese culture had a lot in common with Korean culture, and that the performance struck a chord with him. He found images of goddesses in fairy tales and scenes of heaven very special. As an architect, he was interested in China’s ancient tile-roofed buildings and also the heavenly worlds presented on the animated backdrops. “It brings special feelings into my mind, leaving a deep impression.”

Chinese dance has two main categories: ethnic and folk dance is one, classical dance is the other. Ethnic and folk refer to the different regional and ethnic dance styles that have been passed down through centuries, carrying the unique characteristics of each tradition. But the dance style you will see most at a Shen Yun performance is classical Chinese dance, according to the company's website.

Through classical Chinese dance, the essence of the glorious traditional Chinese culture is unveiled incisively.