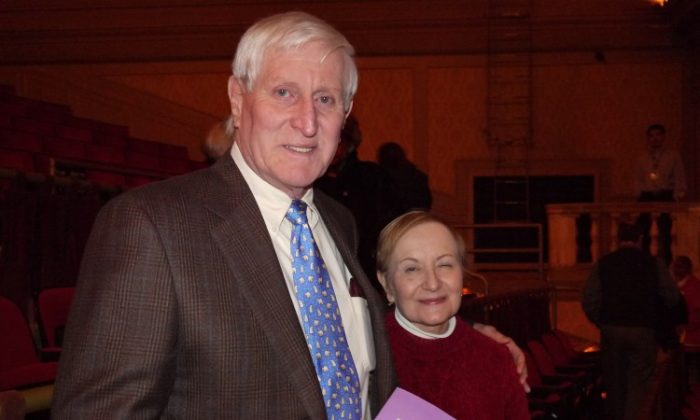 Shen Yun: ‘A good feeling of peace and harmony for the whole world’

CLEVELAND, Ohio—”It was a beautiful, wonderful experience—glad we were here,” Mrs. Linda Harkins said after seeing Shen Yun Performing Arts Touring Company Performance at the matinee at the State Theatre in Cleveland, Dec. 23.

Shen Yun, which means ‘the beauty of divine dancers,’ seeks to bring the best of 5,000 years of Chinese culture to audiences all over the world through classical Chinese dance, through legends, ethnic dances, and songs.

Mr. Bill Harkins, who owns an electronic manufacturing company, said, “I think … it showed me more of the true and passionate feelings of the people because of the passion displayed on this stage and the stories that were told.”

The of legends of ancient China were told through classical Chinese dance, a dance tradition with thousands of years of history.

The Western orchestra include some Chinese instruments which allows for Eastern melodies and flavor.

“And the costumes were beautiful. Oh, it’s gorgeous and the dancing, precision!—I kept thinking how hard they must work and rehearse. Oh my goodness!” she added.

“A good feeling of peace and harmony for the whole world,” added Mrs. Harkins, touched by the finale of the performance.

“I think … peace is a universal need. The Chinese culture is so old and so much a part of our lives—even our lives as we know it here in the United States—more than we realize, is what I am trying to convey. I think [the theme] of the last number again is peace. We do want that don’t we?” said Mr. Harkins.

“I was thinking, since we heard that there are three companies performing, I need to call my friends in Houston because I know there’s going to be a performance there, so I am going to make a point of calling.”

“I know my family would enjoy it. They are in Baltimore. I know they would love it; it leaves you with a good feeling,” said Mrs. Harkins.