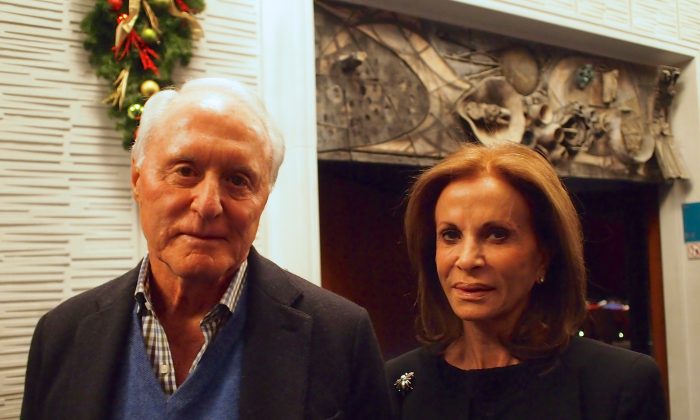 The world renowned classical Chinese dance and music company stopped in the city for four shows as part of its 2014 world tour. The New York based group has set out to revive 5,000 years of civilization on stage.

The McGill University professor and former president of the Canadian Society for Aesthetic Plastic Surgery, has received distinguished awards honouring his contributions to the field of plastic surgery, and his repute draws patients from all around the world. In 2000, he was decorated for his humanitarian work by the Peruvian government.

Mrs. Schwarz, who administrates his Montreal clinic, noted the spirituality and the delicacy present in the performance, saying that it’s well-worth seeing.

From what are believed to be China’s divinely inspired origins to today’s society, Shen Yun presents myths and legends, an insight into various dynasties, ethnic groups and celebrations, as well as the profound spirituality that is inherent in Chinese culture.

Three elements stood out for Dr. Schwarz in the performance: meditation, artistic movements, and beauty.

Mrs. Schwarz said she also appreciated the dances. One of the oldest dance systems in the world, classical Chinese dance was passed down among the people, the imperial courts and ancient plays.It is also a way through which the Chinese culture has been transmitted throughout the ages.

Mrs. Schwarz said she felt the dance “represents the heart of the Chinese.”

With reporting by Nathalie Dieul and Madalina Hubert