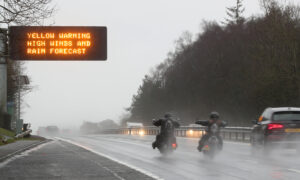 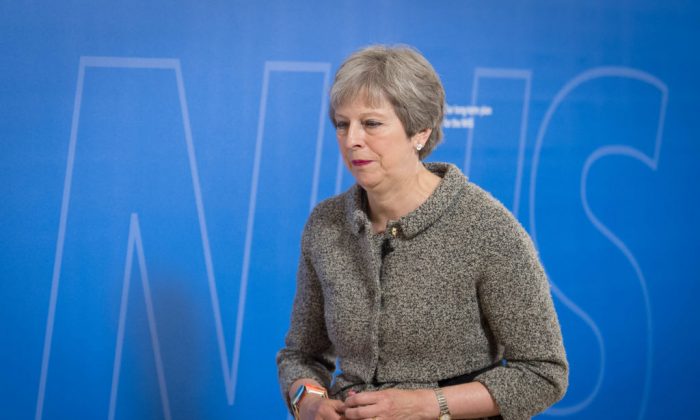 LONDON—Prime Minister Theresa May cannot accept a proposal to hand parliament more control over Brexit, her spokesman said on June 19, setting up a showdown with lawmakers who want the right to step in if Britain risks crashing out of the EU with no deal.

May has struggled to get backing for an EU withdrawal bill that would cut ties with the bloc. She tried to find a compromise last week with pro-EU lawmakers in her Conservative Party, but the arrangement fell through.

On Wednesday she will again try to head off a rebellion by pro-EU Conservatives over their demand for a “meaningful vote” on any Brexit deal.

The pro-EU Conservative lawmakers want parliament to be able to intervene before Britain’s deadline to leave the EU by next March, if May’s government either fails to negotiate a deal with Brussels or if it reaches a deal that lawmakers reject.

The government says giving parliament too big a say would tie its hands in talks, and has offered instead to give parliament a vote on a statement on its next steps.

With no majority in the House of Commons, it takes only a handful of Conservatives to vote against the government for May to lose. But one lawmaker said ministers may have won over some of the rebels who had threatened to vote against its proposal.

With party officials still trying to persuade lawmakers, May’s spokesman expressed “hope that all MPs (members of parliament) will be able to support the government’s position” rather than a competing one which its backer, Conservative Dominic Grieve, says offers a “meaningful vote”.

Grieve’s amendment has already won backing from the unelected House of Lords, setting up a vote in the elected Commons.

“We cannot accept the amendment on (a) meaningful vote agreed in the Lords,” the spokesman told reporters, saying the proposal would “allow parliament to direct the government on its approach to exiting the EU, binding the prime minister’s hands and making it harder to secure a good deal for the UK”

The argument centers on whether Britain should be able to leave the EU with no deal governing its departure, which most businesses say would be a catastrophic outcome.

One of May’s mantras is that “no deal is better than a bad deal” and Brexit campaigners say Britain would lose one of its negotiating tools if the government cannot threaten to walk away from the talks, which have all but stalled.

One pro-Brexit Conservative lawmaker, Andrew Bridgen, said it was time to face down the rebellion.

“It’s a fight we’ve got to have and it’s best sooner rather than later. If rebellions aren’t quashed, they only grow,” Bridgen told Reuters.

But Grieve, the pro-EU Conservative lawmaker who has led efforts to hand parliament a greater say, said he was still looking forward to having discussions with the government to find a way out of the dispute.

“I don’t want to collapse the government at all,” he told Sky News. “But if we have no deal at all we are on the middle of frankly an extraordinary crisis.”

Lee said in a statement: “The practicalities, logistics, and implications of leaving the EU are far more complex than was ever envisaged and certainly more complex than the people were told in 2016. The UK is not going to be ready in time, neither is the EU.”

“The outcome that is emerging will be neither fully to leave the EU, nor fully to stay. This is not an outcome for which anyone knowingly voted. In my view, this raises the important principle of legitimacy.”