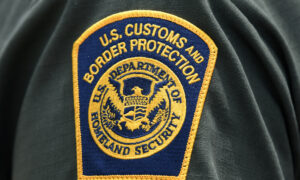 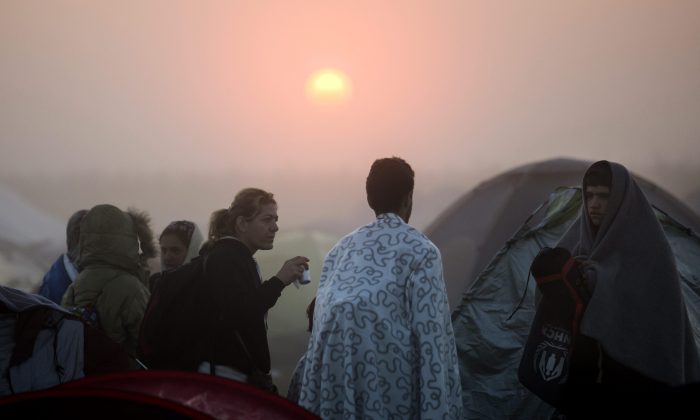 Illegal immigrants gather in their camp in Roszke, Hungary, at the border between Hungary and Serbia, on Sept. 13, 2015. (Balazs Mohai/MTI via AP)
Europe

BELGRADE, Serbia—Serbian police on Sunday said they have discovered an illegal immigrant camp near the borders with Hungary and Romania, and detained suspected people smugglers.

The makeshift camp was discovered in the village of Srpski Krstur, by the bank of the Tisa river, a police statement said. It didn’t specify how many immigrants were found at the site.

A police video from the scene showed several people face down on the ground with their hands behind their heads, as special police searched tents and wooden huts. The footage showed confiscated mobile phones and knives.

“This smuggling gang has committed criminal acts and made the citizens feel unsafe,” Interior Minister Aleksandar Vulin said. “This will not be tolerated.”

Thousands of people have turned to people smugglers as they seek ways to reach Western Europe. From Serbia, illegal immigrants try to go to neighboring European Union states Hungary, Croatia, and Romania. Or they first go to Bosnia and then look for ways to reach neighboring Croatia from there, before moving on toward wealthier EU nations.

Vulin said the suspected people smugglers have engaged in theft and extortion from other immigrants. The statement said immigrants found at the makeshift camp would be transferred to a state-run center for asylum-seekers in the south of the country, while local police and anti-terrorism authorities will take over those suspected of criminal acts.