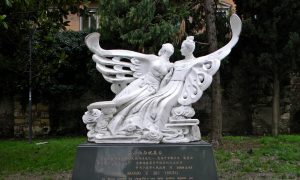 The Butterfly Lovers: A Look at China's Romeo and Juliet
0 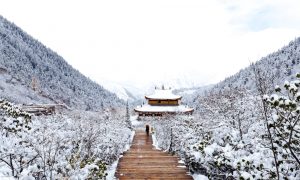 Winter Verses From the Tang Dynasty
0 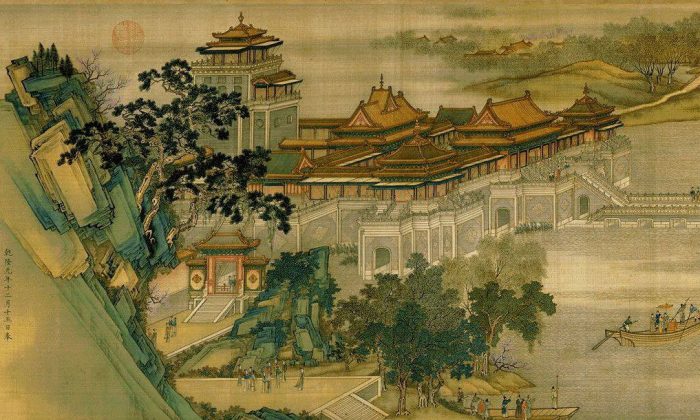 Panorama of “Along the River During Qingming Festival,” an 18th-century remake of the 12th-century original by Zhang Zeduan. (Wikimedia Commons)
China

The Mid-Autumn Festival is one of China’s most ancient and popular traditions, best-known as a time for families and friends to get together and feast on mooncakes while they remember the legend of the lunar goddess Chang’e. This year, it will come on Sept. 27.

Called “Zhongqiu” in Chinese, the festival has its first recorded origins in the 3,000-year-old rituals of the early Zhou Dynasty (1046–771 B.C.). It falls on the 15th day of the eighth month in China’s traditional calendar, which combines 13 lunar months with 24 “jieqi,” usually rendered in English as “solar terms.”

Zhongqiu is a joyous occasion that celebrates the solar term of the autumnal equinox, when farmers traditionally collected their hard-earned summer harvests. On a more spiritual level, the full moon that often appears on this day is regarded as a symbol of completion, so the Mid-Autumn Festival is the day of union for families and lovers, especially those long-separated.

Cycles of the Moon and Sun

Because the Chinese calendar combines both lunar months and solar terms, it is called a lunisolar calendar. The names of the 24 solar terms, six per season, each correspond to a change in weather important for pastoral life around the Yellow River Valley, China’s cradle of civilization.

There are 13 lunar months in the Chinese year, each 29 or 30 days long, beginning at the new moon and reaching a full moon by mid-month. At this time, the visible hemisphere of the lunar surface finds itself fully illuminated by the sun and reflects the light to earth’s surface.

The Mid-Autumn Festival has great meaning as an event to celebrate the season’s harvest. By the Chinese calendar, autumn begins in what we know as early August and ends toward the beginning of November.

By the Chinese calendar, autumn begins in what we know as early August and ends toward the beginning of November.

A combination of “crops” and “fire” make up the Chinese character for autumn. In old China, farmers would burn the dry stalks following harvest, turning the ashes into soil fertilizer useful for the next season.

Between Summer and Winter

Dividing the year and the four seasons into meaning-rich lunar and solar cycles gives users of the Chinese calendar a deeper understanding of and connection with the rhythm of nature.

The start of the Chinese autumn, called “Liqiu,” comes in early August. It is associated with preparations for the harvest, as well as wild variations in temperature, with a week or two of what is called the “Autumn Tiger.” The accompanying solar term, “Chushu,” signals the end of the hottest season, in what is now late August.

Variations in temperature are brought about by early autumn rains, which, coming in waves, foreshadow the colder days and months to come. This rainy period, when summer transitions into autumn, is a time of ploughing, new planting, fishing, and worship. Peasants pay their respects and give offerings to the god of the fields, hoping for a good harvest that will sustain them through the winter.

Following this, morning dew begins to appear—lightly at first—weighing heavier and heavier upon the leaves as the days get cooler. This is reflected in the name “Bailu” or White Dew, the solar term just ahead that of the autumnal equinox that balance of summer and winter in which the Mid-Autumn Festival is celebrated.

Under the Watch of the Moon Goddess

Mid-Autumn comes at an opportune time; having toiled through summer and autumn, farmers now celebrate the fruits of their labor under the bright, full moon.

Round mooncakes, perhaps the best-known and loved aspect of mid-autumn in modern times, would be split up among family members, reaffirming and celebrating the household’s unity.

In ancient China, not just the common folk but also officials and nobles would take part in the religious ceremonies to respect and worship heaven, earth, and the myriad deities. On the day autumn, officials prayed to Chang’e, goddess of the moon, for this is the time that she is said to reign over the earth.

When it gets to the Cold Dew, flowers and weeds start to wilt, leaving only the hardy and venerable chrysanthemums in the field. With the Frost Descent comes deep autumn, when leaves fall.

With its themes of completion, union, and separation, the spirit of the Mid-Autumn Festival is contained in the ancient legend of Chang’e. Many variations of the story exist, but most agree that Chang’e was once a mortal woman, the beautiful wife of the master archer Hou Yi, before making her fateful ascent to the heavens.

As reward for destroying nine unruly sun deities before they reduced the earth to a lifeless conflagration, Hou Yi was given a heavenly potion that could grant immortality. Chang’e, confronted by a villain in the absence of her husband, decided to drink the potion sooner than surrender its divine effects.

Chang’e rose toward the firmament, stopping only when she arrived at the lunar palace. There the goddess is said to live in the company of a jade rabbit, observing in blissful yearning the joys and sorrows of the mortal world.