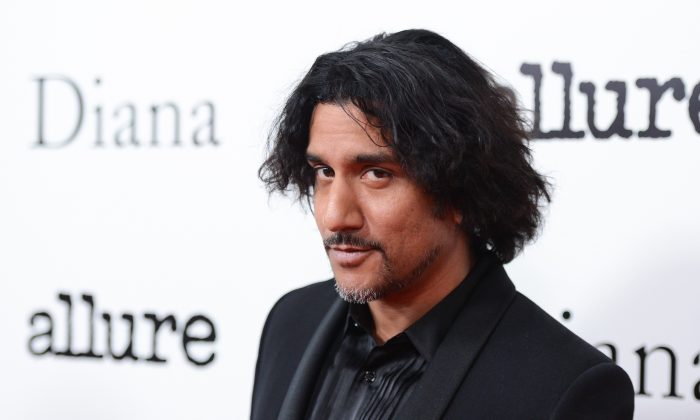 Actor Naveen Andrews, who starred in the hit show Lost and will be in the upcoming Sense8, in a file photo. (Evan Agostini/Invision/AP)
Entertainment

New details about the cast and plot of the upcoming Netflix series Sense8 have finally been revealed.

For the first time, cast members have been revealed for the show–and they include Naveen Andrews from Lost and Daryl Hanna from  Blade Runner.

J. Michael Stracyznski, showrunner of the series along with Matrix creators Lana and Andy Wachowski, previously told Comic Book Resources some about the plot.

“The story is about eight characters around the world who one day find themselves empathically or telepathically connected — and that there’s a multinational organization trying to kill them,” he said, calling it “the single biggest project I’ve ever been involved with since I started writing at age 17–The scale is ridiculous.”

Stracyznski has elaborated in a new interview with Deadline.

“The series follows eight characters around the world who, in the aftermath of a tragic death, find themselves linked to each other mentally and emotionally,” he said

“They can not only see and talk to each other as though they were in the same place, they have access to each other’s deepest secrets. Not only must they figure out what happened and why and what it means for the future of humanity, they must do so while hunted by an organization out to capture, kill or vivisect them.”

The eight people at the center of the show are Smith, Middleton, Ameen, Bae, Silvestri, Desae, Riemelt and Clayton.

Filming was set to start this month and go straight through November, with a release pegged for sometime next year.