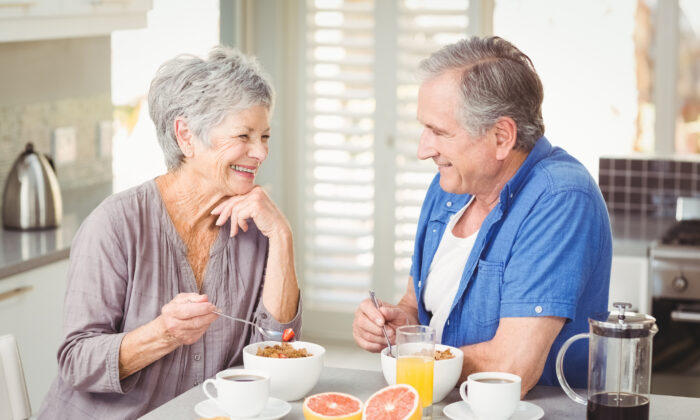 Seniors, This Daily Routine May Keep You Sharper, Happier

Older adults who rise and shine early every day may have sharper minds and fewer depression symptoms, a new study suggests.

The researchers found that U.S. adults aged 65 and older who typically got up early—before 7 a.m.—then stayed active throughout the day performed better on tests of memory and thinking than their peers with less “robust” daily routines. They were also less likely to have significant depression symptoms.

The findings do not prove that an active lifestyle prevents mental decline or depression, experts said.

But based on a body of research, it’s likely the relationship goes both ways, said lead author Stephen Smagula. He is an assistant professor of psychiatry at the University of Pittsburgh.

That is, older people who are depressed or have impairments in memory and thinking are more likely to have erratic sleep habits and tend to venture out into the world less. At the same time, though, setting a regular sleep schedule and keeping the body and mind active during the day are healthy habits.

“We know that activity is the pillar of health,” Smagula said. If you are stuck in bed with an injury, for example, that inactivity only adds to the misery.

No one is saying seniors need to be constantly on the go. “Activity” is a broad term, Smagula said, and includes physical, mental, and social stimulation. Running errands, taking a walk, playing a game with the grandkids, and spending time with friends all count.

The new findings—recently published online in JAMA Psychiatry—are based on a nationally representative federal health study. It included 1,800 adults (mean age 73 years) who wore wrist monitors continuously for a week to measure how much they moved around. They also completed questionnaires that assess depression symptoms and cognition (memory and thinking abilities).

Smagula’s team wanted to see whether there were typical daily activity patterns that were common among older U.S. adults, and whether those patterns were related to their cognitive and mental health.

The investigators found there were, indeed, four common activity patterns. The largest group, which included 38 percent of older adults, had what the researchers call an early rising/robust pattern: They got up before 7 a.m. and were active over a 15-hour period each day.

The second-largest group (almost 33 percent of participants) was similar, but those people got up a bit later or settled in earlier at night. So their activity period was shorter, at around 13 hours per day.

It turned out those seniors were faring less well than the early rising/robust group, with a higher risk of showing mild cognitive impairment: In all, 12 percent did, versus about 7 percent of early risers.

Then there were the final two groups, accounting for 30 percent of all participants. Their daily routines were less regular—what Smagula described as “activity rhythm loss”—and in one group, people had later bedtimes.

Older adults in those two groups had the highest rates of mild cognitive impairment, at 18 to 21 percent. They were also most likely to have “clinically significant” depression scores, ranging from 7.5 to 9 percent— versus 3.5 percent—in the early-rising, consistently active group.

The researchers were able to account for some other factors, like participants’ age, race and education level. And daily activity patterns were still linked to cognitive and mental health.

That is still only a correlation and not proof of cause and effect, said Dr. Ian Neel, a geriatrician at the University of California, San Diego Health, who was not involved in the study.

Even so, Neel said, it’s clear that older adults benefit from staying active and engaged with the world.

“Physical activity is something I prescribe to my patients all the time,” Neel said.

Finding an activity you enjoy and maybe a friend who wants to join you is key, he noted. Neel also agreed that activity does not only mean exercise—but also interacting with other people and finding ways to challenge the mind.

Older adults who are sedentary should set realistic expectations, both experts said: Try walking for 10 minutes then gradually build up to 30 minutes, for example.

Setting a regular sleep schedule is also important. After retirement, Neel said, older adults should still get up early, and figure out a routine to give structure to their days.

Those things can be easier said than done. People with depression symptoms, for example, may need to start by seeing a health care provider, Neel advised.

Again, small steps are better than no steps, Smagula said.

“If you’re depressed, you can’t just walk out of sadness,” he said. “But you can walk out the door.”

The Alzheimer’s Association has advice on supporting brain health.