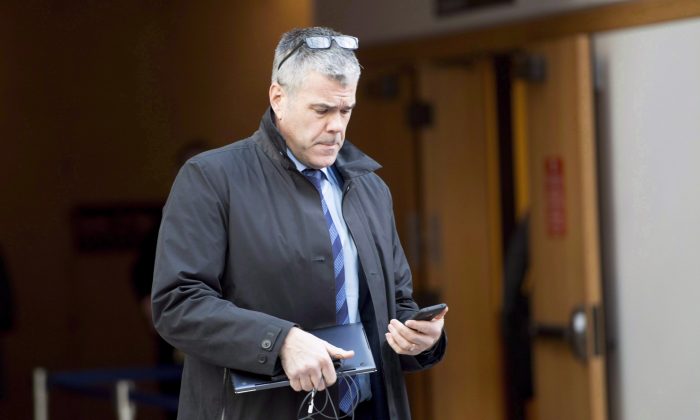 TORONTO—A senior executive with Huawei Canada is leaving his post after more than seven years at the Chinese telecom giant, which has recently been facing increasing scrutiny over its close ties to Beijing.

Scott Bradley, who was Huawei Canada’s senior vice president for corporate affairs, indicated in a LinkedIn post that he no longer holds that position. He couldn’t be immediately reached for comment.

Huawei, founded by Ren Zhengfei—a former officer at China’s People’s Liberation Army—has been cited as a security risk in intelligence circles, due to having close ties to the Chinese Communist regime. Western intelligence officials have raised concerns that Beijing could use the company’s equipment for espionage.

The company is also at the center of a diplomatic spat between China and Canada as its chief financial officer and Ren’s daughter, Meng Wanzhou, was arrested in Canada on an extradition request from the United States. Following Meng’s arrest, China warned Canada of “grave consequences,” and has since detained two Canadians on charges of endangering national security.

In a previous interview with The Epoch Times, Bradley denied that Huawei is connected to the Chinese regime.

On Jan. 11, Reuters reported Polish officials had arrested a Huawei employee and a former Polish security official on spying allegations. Poland is now calling on the European Union and NATO to work toward forming a joint position on whether to exclude Huawei from their markets.

Last year, The Australian newspaper reported that officials in Australia had received reports about Chinese spies using Huawei to infiltrate a “foreign network.”

Former CIA head Michael Hayden said in an interview with the Australian Financial Review that there is hard evidence that Huawei spies for Beijing.

At a Senate Intelligence Committee hearing in 2017, FBI Director Chris Wray referred to Huawei and ZTE, another Chinese telecom giant, as “beholden to foreign governments,” urging against allowing them to “gain positions of power inside our telecommunications networks.”

Heads of six major U.S. intelligence agencies, including the CIA, FBI, and NSA, as well as former heads of the Canadian Security Intelligence Service, have all warned about the national security threats posed by Huawei.

Most of Canada’s allies in the Five Eyes intelligence alliance have banned Huawei from their emerging 5G networks, the next evolution in wireless internet technology.

Bradley served as a key spokesperson for Huawei Canada, which is a major supplier for Canada’s major telecom companies.

Going forward, he will serve as special adviser to the company, assisting “as required,” Huawei Canada President Eric Li said in a memo to staff obtained by Reuters.

“We are saddened to see him leave but grateful for the tireless work he has put in to help us grow our brand and public image, and build various relationships with government,” Li said.

Bradley ran as a federal Liberal candidate for Ottawa Centre in the 2011 general election but was defeated.