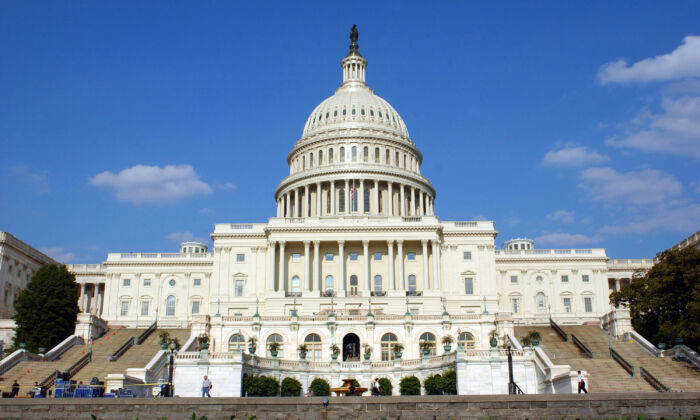 The U.S. Capitol is shown in Washington on June 5, 2003. Both houses of the U.S. Congress, the U.S. Senate and the U.S. House of Representatives meet in the Capitol. (Stefan Zaklin/Getty Images)
Congress

In a unanimous voice vote, the Senate passed a bill that would make daylight savings time permanent, potentially putting an end to twice-annual time changes.

The measure, called the Sunshine Protection Act, will now go to the House. If passed, it will head to President Joe Biden’s desk for approval.

Since then, Americans have changed their clocks twice every year under the assumption that it helps to conserve energy.

According to a Department of Transportation study from 1975, the United States used around one percent less energy during daylight savings time. However, the validity of this research has been called into question.

A 2006 study in Indiana found that the opposite was true: rather than cutting down on energy usage, it actually increases by about one percent during daylight savings time months.

Supporters of the Sunshine Protection Act say that it would help Americans to avoid the psychological consequences of daylight savings time, which has been shown by some research to exacerbate seasonal depression.

“I know this is not the most important issue confronting America but it is one of those issues that there is a lot of agreement. … If we can get this passed, we don’t have to do this stupidity anymore,” Rubio added. “Pardon the pun, but this is an idea whose time has come.”

The federal legislation comes after more than half of the union, around 30 states, have passed legislation to make it daylight savings time year-round. If passed by the House and signed into law by Biden, the practice of changing the clocks will be ended across the United States.

The House Energy and Commerce Committee Chairman Frank Pallone (D-N.J.) has indicated that he supports the goal of the legislation.

“The loss of that one hour of sleep seems to impact us for days afterwards. It also can cause havoc on the sleeping patterns of our kids and our pets,” Pallone said.

He told another news outlet that he supports ending the time change but said that he has not decided whether the year-round time should be daylight savings time or standard time, and cited a 2019 poll that showed that most Americans did not want to continue to change their clocks.

“It has real repercussions on our economy and our daily lives,” Sen. Ed Markey (D-Mass.), another sponsor of the legislation said.