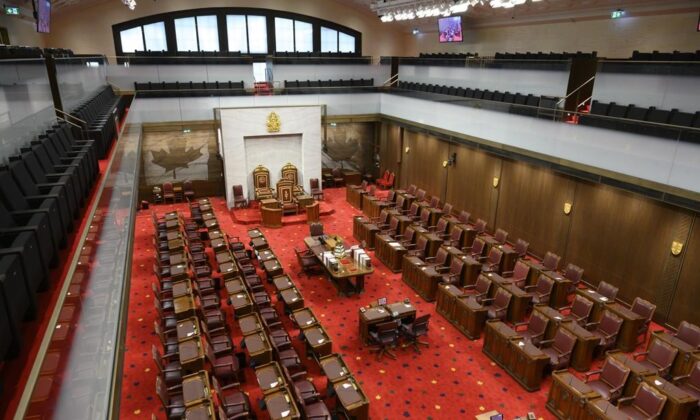 The Liberal government’s Bill-C2 to provide pandemic relief to businesses and workers was passed in the House of Commons on Dec. 16 and approved by the Senate later the same day.

“I want to thank the House for working together to pass Bill C-2,” tweeted Government House Leader Mark Holland. “These supports will prove vital for Canadians and businesses as the Omicron variant emerges and the pandemic remains.”

The bill has various provisions that will help workers and employers negatively impacted by COVID-19 lockdowns and restrictions.

Individuals unable to earn an income due to their workplace being closed by a lockdown order will receive $300 a week, with the benefit being retroactive to Oct. 24.

Eligible businesses hardest-hit by lockdowns, such as those in the tourism and hospitality industries, will receive wage and rent subsidies of up to 75 percent.

“This means that local authorities and public health officials can continue to make the right public health choices knowing that support will be there for workers and businesses,” said Finance Minister Chrystia Freeland in a speech to the Senate before its approval of the bill.

The bill also amends the Labour Code to create a regime that provides up to six weeks of COVID-19-related leave if an individual has contracted the illness or has to self-isolate. Someone who can’t work for a COVID-19-related reason and needs to care for a child under 12 or a family member requiring supervised care is eligible for up to 44 weeks of paid leave.

Liberal and Bloc Québécois MPs voted for Bill C-2, whereas Conservative and NDP MPs opposed it, albeit for opposite reasons. Conservatives favour tightening government spending due to rampant inflation, whereas the NDP would have preferred providing more government support.

The only nays in the Senate came from the 15 Conservatives senators present, but some senators expressed annoyance with the bill reaching the red chamber at the 11th hour before the holidays and after MPs had gone on their winter break.

Sen. Scott Tannas, leader of the independent Canadian Senators Group, criticized Freeland as she was taking questions from senators about Bill C-2.

“Could you give us some commitment that you will use your influence with your colleagues to try and plan a little bit better so that we are not backed into a corner and unable to do the job that we were sworn to do on bills? We know that it’s difficult, but we’re tired of this,” Tannas said.

Conservative Sen. Leo Housakos also criticized the Liberals’ approach, saying the government is trying to speed up the process and applying pressure to avoid scrutiny and accountability.

“I would point out to my colleagues that have come to this place recently that this is not new,” Housakos said.

“Receiving a bill on the last day of a sitting and having a government in the House of Commons on the other side say to us, ‘We have to get this out, because if we don’t it’s going to hurt more people than it will benefit’—at the end of the day, it’s called law-building or legislation-building with a gun to your head, not prudent sober second thought.”

On Dec. 17, the day the Senate broke for the holidays, it was reviewing another last-minute bill, this time Bill C-3, which seeks to amend the Criminal Code to penalize protests near hospitals or the intimidation of health care workers, as well as to amend to Labour Code to give employees up to 10 days paid sick leave in a calendar year.