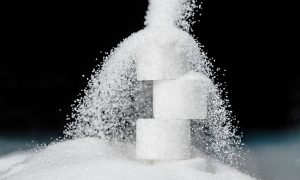 In Xinjiang, Even Buying Sugar Can Send You to an Internment Camp
0
Share Now
FacebookTweetParlerEmail
Copy Link 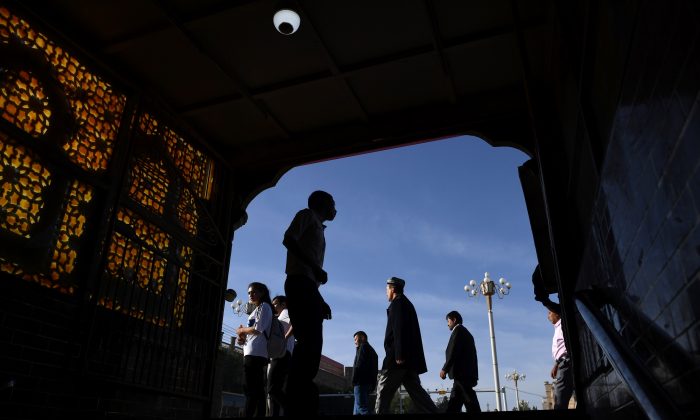 Uyghur men walking past the exit of an underpass after attending Eid al-Fitr prayers, marking the end of Ramadan, in Kashgar in China's northwest Xinjiang region on June 5, 2019. (Greg Baker/AFP/Getty Images)
China-US News

The U.S. Senate unanimously passed a bipartisan bill aimed at countering the Chinese regime’s human rights abuses in the Muslim-practicing region of Xinjiang in the country’s northwest.

The Uyghur Human Rights Policy Act, which passed the senate on Sept. 11, calls on the U.S. administration to consider whether to sanction Chinese officials involved in the crackdown on Uyghurs and other Muslim minorities in the region.

It also urges the the Commerce Department to consider banning the sale of US goods and services to state agents in Xinjiang.

The Chinese regime, in a purported effort to combat extremism, has detained more than 1 million Uyghurs and other Muslim minorities in internment camps in the region, according to estimates by the U.S. State Department and experts. Millions of residents in Xinjiang are also under heavy surveillance implemented through a dense network of cameras, frequent security checks, and biodata collections.

This is very meaningful step in countering the widespread & horrific human rights abuses in #Xinjiang by the communist party of #China.

“It’s long overdue for the United States to hold Chinese government and Communist Party officials accountable for the systemic and egregious human rights abuses and probable crimes against humanity in Xinjiang,” Rubio said in a joint statement on Sept. 11.

The bill would require the Director of National Intelligence to provide a report detailing the national security threat posed by the crackdown, including a list of the Chinese companies involved in the construction and operation of the internment camps.

It would also require the Secretary of State to provide a report to Congress on whether certain Chinese officials overseeing the Xinjiang region could be held accountable under the Global Magnitsky Act. That Act allows for sanctions against individuals who commit human rights violations, including freezing their U.S. assets and barring them from entry to the United States.

“This legislation makes clear that Congress will not turn a blind eye as millions of Uyghur Muslims are unjustly imprisoned, subjected to a mass surveillance state, and forced into labor camps by an autocratic regime,” Menendez said.

Big step forward in our fight to shine a light on the #Uyghur crisis.

This legislation makes clear that Congress will not turn a blind eye as millions of Uyghur Muslims are unjustly imprisoned, subjected to a mass surveillance state, & forced into labor camps by China. https://t.co/Yq33PozaCX

Companion legislation was introduced to the House of Representatives in January.

Beijing on Sep. 12 protested the move as “flagrant interference” in the country’s domestic affairs, and demanded that the U.S. to “stop pushing the bill” to “prevent damages to the overall relationship between China and the US.”

Washington-based nonprofit Uyghur Human Rights Project, in a Sept. 12 statement, welcomed the bill’s passage, saying it was the “first legislation passed by any nation” responding to the Xinjiang “nightmare,” and sends a powerful message to Beijing.