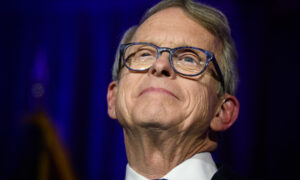 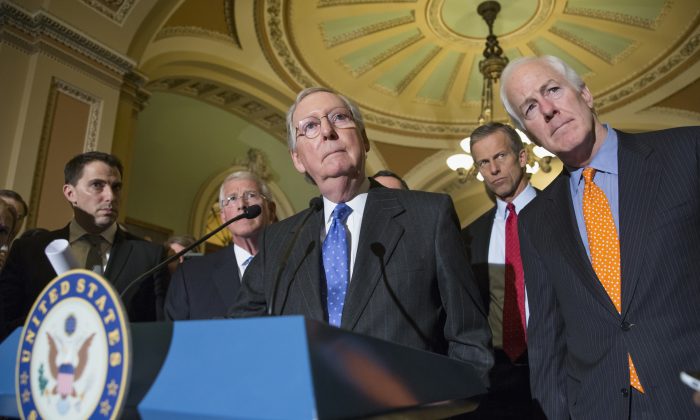 The six-term Kentucky Republican has abysmal public approval ratings nationwide. Polling suggests independent voters side with Obama on the issue. Editorial boards insist the president should fill the vacancy now.

But McConnell, the architect and face of the GOP strategy to block Obama’s upcoming pick, appears entirely comfortable, even as he upends Senate precedent by denying even a hearing to a nominee.

And anybody who’s observed McConnell over the years knows he’s not changing his mind.

“My view, and I can now confidently say the view shared by virtually everybody in my conference, is that the nomination should be made by the president the people elect in the election that’s under way right now,” McConnell told reporters after emerging from a closed-door meeting with GOP senators this week.

That Republicans would stymie any pick by Obama should be no surprise. If Scalia is replaced by a liberal or moderate Obama nominee, the balance of the court would change, with potentially enormous consequences for issues like abortion, union rights, immigration and congressional redistricting this year alone.

If there’s a political cost, and that’s a big “if,” it’s one that has to be paid.

McConnell never makes a move without thinking of the consequences for his colleagues. The GOP is defending 24 Senate seats in November to the Democrats’ 10, including six in states Obama won twice.

McConnell appears confident he’s made the right call and is doing what’s best for his party, including endangered incumbents. His chosen path—no votes, no hearings, not even a courtesy call—appears designed to dampen media coverage of any nominee.

To some Republican core voters such as anti-abortion activists, a change in balance of the Court dwarfs the other issues at stake in November. Any support lost among independent voters, for instance, probably pales when compared with the conservative outrage if McConnell deferred to Obama.

“McConnell pays a lot of attention to the politics of decisions like this. And I don’t mean that critically. He about as good as you’ll ever see in that role,” said former Sen. Trent Lott (R-Miss.), for whom McConnell was a trusted adviser when Lott was majority leader in 1996-2002.

“The American people should have a voice in the selection of their next Supreme Court Justice,” McConnell said. “Therefore, this vacancy should not be filled until we have a new president.”

That’s a flip-flop from arguments McConnell made barely a decade ago during a bruising battle over Democratic filibusters of President George W. Bush’s judicial nominees.

Either way, McConnell’s immediate statement on Scalia ensured his 53 GOP colleagues got the message before they could go off and freelance.

“I think a lot of that was because people were so dispersed,” said McConnell deputy Sen. John Cornyn (R-Texas). “They were literally in all four corners of the globe, and I think he felt like it was important to get the procedure out early. And I think it was the right call.”

Another issue was at play. A GOP presidential debate featuring Donald Trump and McConnell rival Sen. Ted Cruz of Texas was about to get under way. Issuing a statement after Cruz and Trump declared their positions might look bad and would open up Republicans to charges that they were taking their marching orders from their controversial presidential candidates.

“His choice was to make his view public and lead from the position he’s in as majority leader or defer to Republican presidential candidates who were about to debate in a matter of hours,” said former McConnell aide Josh Holmes, who managed McConnell’s 2014 re-election bid. “And he felt an obligation to lead.”

Having made the decision, McConnell now has to sell it. His argument has several threads, chiefly that it’s such a huge moment that it should be left to voters. And Democrats, including Vice President Joe Biden and Sen. Charles Schumer of New York, have made his job easier with remarks in years past about how the Senate could block court nominees in presidential election years.

Even McConnell’s allies acknowledge privately that a major reason for forbidding a hearing is to try to tamp the story down and not permit a narrative about the qualifications of any nominee.

“What they’re trying to do is say to the American people, ‘Go on to another issue’ because they know this is a bad issue for them. But that’s not going to happen,” said Sen. Charles Schumer (D-N.Y.).