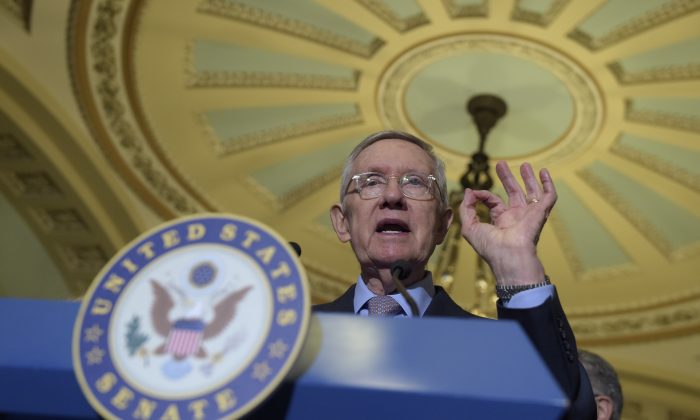 Sen. Harry Reid on Trump Win: ‘Does Not Feel Like America’

The departing Senate minority leader says Donald Trump’s election “has emboldened the forces of hate and bigotry” and he now must lead “a time of healing.”

Reid said the fear felt by blacks, Hispanics, gay Americans and others is rational “because Donald Trump has talked openly about doing terrible things to them.”

Reid said Trump’s victory doesn’t absolve him of “the grave sins he committed against millions of Americans.”

He said Trump “may not possess the capacity” to relieve those fears but must begin trying to do that immediately.