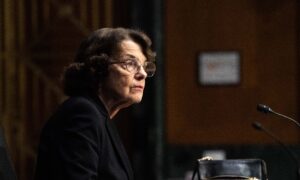 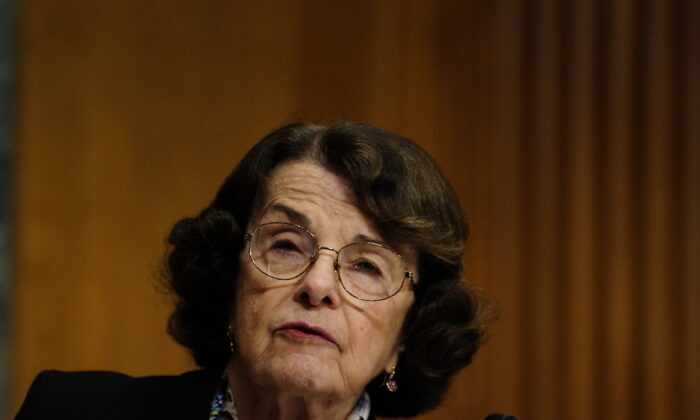 Sen. Dianne Feinstein (D-Calif.) introduced a bill on Sept. 30 that would require travelers to show proof of COVID-19 vaccination, a negative test for the CCP virus, or proof of a full recovery from the virus before embarking on domestic air travel.

Feinstein said in a statement that her “U.S. Air Travel Public Safety Act” would ward off a potential COVID-19 surge during the holiday travel season. Studies have shown that vaccines don’t necessarily prevent transmission of the virus amid “breakthrough” cases being reported, although federal health officials have said that vaccines protect against the development of severe cases and hospitalization.

“Ensuring that air travelers protect themselves and their destination communities from this disease is critical to prevent the next surge, particularly if we confront new, more virulent variants of COVID-19,” Feinstein said. “This bill complements similar travel requirements already in place for all air passengers–including Americans–who fly to the United States from foreign countries. This includes flights from foreign countries with lower COVID-19 rates than many U.S. states.

“It only makes sense that we also ensure the millions of airline passengers that crisscross our country aren’t contributing to further transmission, especially as young children remain ineligible to be vaccinated.”

The Centers for Disease Control and Prevention currently requires air passengers coming from a foreign country to test negative for the CCP (Chinese Communist Party) virus or to have recovered from it.

Last week, the White House stated that all foreign visitors must show that they’re vaccinated against COVID-19 before boarding a plane heading to the United States. They also have to provide a negative test result within 72 hours before getting on a plane.

Restrictions on non-U.S. citizens were first imposed on air travelers from China in January 2020 by then-President Donald Trump and then extended to dozens of other countries. Separately on Sept. 27, the Biden administration extended its pandemic-related restrictions at the country’s land borders with Canada and Mexico that bar nonessential travel such as tourism through Oct. 21, and it gave no indication if it would apply the new vaccine rules to those land border crossings.

“In general, individuals applying to become a lawful permanent resident, and other applicants as deemed necessary, must undergo an immigration medical examination to show they are free from any conditions that would render them inadmissible under the health-related grounds,” the U.S. Citizenship and Immigration Services stated.