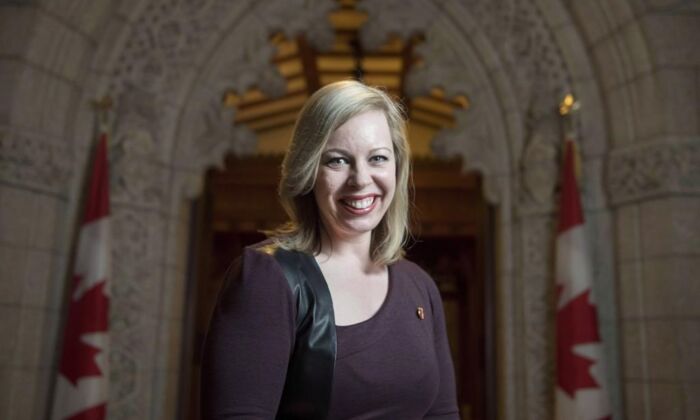 Senator Denise Batters is shown outside the Senate chambers on Parliament Hill in Ottawa, on Feb. 18, 2016. (The Canadian Press/Justin Tang)
Canada

OTTAWA—Conservative Sen. Denise Batters is back in the party’s national caucus one week after the leader who kicked her out was himself dumped.

Batters appeared alongside MPs who gathered today in Ottawa for the first time since they voted to replace Erin O’Toole as the party’s leader.

She was shown the door last November after spearheading a petition for party members to sign in hopes that it would force an early leadership review of O’Toole.

Calls for such a review became irrelevant last week when O’Toole was forced from the job by a vote of 73 to 45 MPs after weeks of dealing with anger behind closed doors about his performance since last year’s election loss.

Batters’ petition was one of the major signs that O’Toole was facing dissent.

Despite O’Toole kicking her out of the party’s national caucus, the Tory Senate caucus and the Saskatchewan regional caucus decided to keep her in the fold.

“I’m so grateful to be back in national caucus. I’m just thrilled—back into my Conservative family,” Batters told reporters after Wednesday’s meeting, saying for her it was an emotional moment.