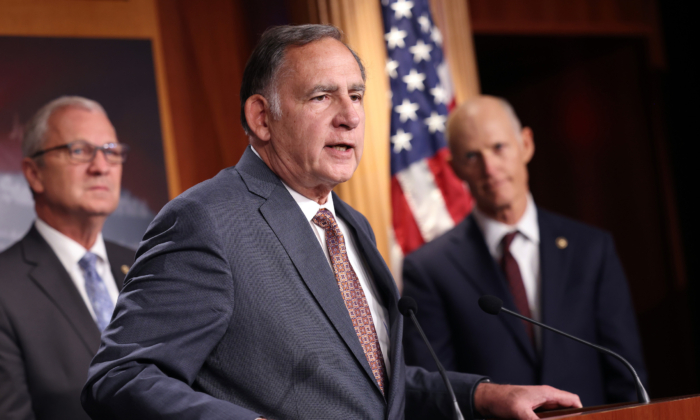 With an estimated 42 percent of the precincts reporting at 10:16 p.m., Boozmen received more than 57 percent of the vote. The Associated Press projected him as the winner .

Boozman, a former eye doctor who ran a family clinic, was first elected to the U.S. Senate in 2011. He serves as the ranking member on the Senate Agriculture, Nutrition and Forestry Committee.

He said that during his two Senate terms, he has fought for values and issues that matter most to Arkansans, including border security, protecting the second amendment, and agriculture.

Boozman’s campaign spent 4.3 million in this election cycle, far outpacing any other Republican or Democratic candidate, according to the latest financial data published by the Federal Election Commission (FEC.)

On top of that, two Super PACs, Heartland Resurgence and Crypto Innovation, spent nearly $482,000 in support of Boozman in this election cycle, according to the FEC.

Bequette, a political outsider, positioned himself as more conservative than Boozman. He said in his campaign ad that he would defend Arkansas’ conservative values and send career politicians packing. One of the top issues he stands for is term limits on the U.S. House and Senate.

Bequette spent $888,679 in the primary campaign, according to the latest data by FEC. He also got the financial backing of Illinois billionaire Richard Uihlein, who contributed over $1 million to the Arkansas Patriots Fund to run TV ads in support of Bequette, according to campaign finance data.

Uihlein owns Wisconsin-based Uline, a shipping and business supplies company. He has a record of supporting conservative candidates that run against established Republicans.

Morgan, too, ran as a political outsider who supports congressional term limits.

She criticized Boozman for not challenging the 2020 election results. Boozman said he decided to accept the 2020 outcome because doing otherwise would have been unconstitutional, according to an official statement.

Morgan spent $541,690 during her primary campaign, according to FEC.