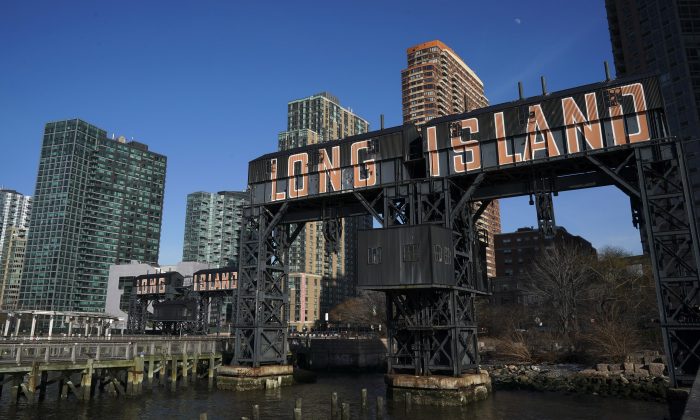 A view of Gantry Plaza State Park along the waterfront in Long Island City, February 14, 2019 in the Queens borough of New York City. Amazon said on Thursday that they are cancelling plans to build a corporate headquarters in Long Island City, Queens after coming under harsh opposition from some local lawmakers and residents. Drew Angerer/Getty Images
Viewpoints

Are people who disagree with us necessarily evil? Of course not. While advocating, defending, or fighting for our own principles and positions, harboring feelings of animosity toward our opponents is a poison that can rob us of our happiness and health.

When I was in law school at Michigan nearly half a century ago, my criminal law professor shared a statement that I’ve never forgotten. He said that a clever person focuses on how he is different from others, while a wise person focuses on what he has in common with others. (Thank you, professor Kamisar.)

Recently, I found a point of agreement with a hardcore socialist. While doing some research about the allegations of sexual assault leveled against Virginia’s Lt. Gov. Justin Fairfax, I came across an article from the World Socialist Web Site. The author, Barry Grey, made two points that agreed with my conservative values: 1) Fairfax should not be denied due process of law; and 2) we can’t automatically accept as true every allegation of sexual assault. (Anyone familiar with the 1955 torture-murder of 14-year-old Emmett Till, whose female accuser recanted years later, would resist the siren call to “always believe women.”)

I disagree with Grey’s overall politics. In his article, he laments the removal of Al Franken from the Senate “after he was accused of minor sexual improprieties.” His reason: Franken’s resignation shifted the balance of the Senate slightly toward the conservative side, rendering “abortion rights” less secure. Aha, I thought. Would Grey have defended pro-life Brett Kavanaugh’s right to due process last fall during Justice Kavanaugh’s confirmation hearings?

I went first to the Socialist Worker website, where I found a collection of opinions from eight of its contributors. Every single one of them called for Kavanaugh’s scalp, due process be damned. But when I tracked down Grey’s Oct. 4 commentary on the Kavanaugh hearings, he unflinchingly rebuked the Democratic lynch mob for rejecting “the presumption of innocence” and for showing “contempt for basic democratic rights, including due process.” Bravo! While I remain miles apart from Grey’s political goals, I commend him for his integrity and courage in adhering faithfully to crucial principles of justice.

There is another recent issue where I find myself in agreement with a large number of people on the left. When Amazon announced that it was abandoning its plan to expand its headquarters into Queens, New York, the left exulted for a variety of reasons, most of them nonsensical and riddled with standard class-warfare boilerplate. Typical of the latter, Rep. Alexandria Ocasio-Cortez (D-N.Y.) effusively wrote on Twitter, “Today was the day a group of dedicated, everyday New Yorkers & their neighbors defeated Amazon’s corporate greed, its worker exploitation, and the power of the richest man in the world.”

What actually happened was that Amazon decided to walk away from nearly $3 billion in tax breaks because of the financial beating they were facing from a cabal of NYC unions and politicians. Whatever “greed” Amazon was guilty of was exceeded by the unions’ greed. The scheme that had been hatched in the cesspool of Big Apple politics was that Amazon would be lured by tax breaks, and then the unions would latch onto Amazon and leech billions away from it. Amazon was being wooed as the patsy, or the conduit, through which the $3 billion of tax breaks—tax breaks that would have to be covered by the rest of the local taxpayers—would pass through Amazon and end up in the pockets of unions and other political insiders.

What Ocasio-Cortez called “the power of the richest man in the world” (Jeff Bezos) was no match for the power of the NYC political machine. That’s why Bezos wisely bailed out before his company could be fleeced. That prudent decision is a shame for the thousands of New Yorkers who would love to have been “exploited” (Ocasio-Cortez’s characterization) by one of the many six-figure jobs that Amazon would have created in Queens.

All that having been said, I join with the progressives in celebrating that NYC’s taxpayers will no longer have to be stuck paying for a $3 billion subsidy to a private business. There is no principle of justice that justifies such a lavish privilege being bestowed on any private enterprise, much less a business as large and profitable as Amazon. Such political cronyism is unfair and corrupt.

Tragically, such cronyism is often erroneously called “crony capitalism.” The truth is that there is no such thing as “crony capitalism” any more than there is “liquid ice”; both terms are oxymorons. Capitalism is a social system of economic cooperation, based on private property and voluntary exchanges, in which the government plays the role of an impartial referee while consumers choose winners and losers in freely competitive marketplaces. Cronyism, on the other hand, is a repudiation of capitalism. With cronyism, the government abandons its role as impartial arbiter and instead intervenes to enrich special interests at the expense of everybody else. By its very nature, cronyism is a step toward socialism, because both involve the government picking economic winners and losers.

Progressives deservedly win lots of popular support by opposing the abuses and unfairness of cronyism. Those of us who believe in free markets should oppose and denounce cronyism with equal vigor. When I read polls showing that capitalism is viewed with increasing negativity by Americans—particularly young Americans—I can’t help but feel that cronyism plays a big part in fostering that antipathy. What is so insidious about this is that people keep mislabeling cronyism as crony capitalism. Consequently, capitalism’s reputation sustains damage from unmerited association with the corrupt practice of cronyism.

We conservatives oppose cronyism because it is an assault on property rights and the rule of law. We can join with progressives in denouncing a privilege that politicians give to those who neither need it nor deserve it, and who certainly have no just claim to the wealth of their fellow citizens. If there is one area of public policy where left and right may unite today, it would be around the goal of eliminating the cronyism of corporate welfare.