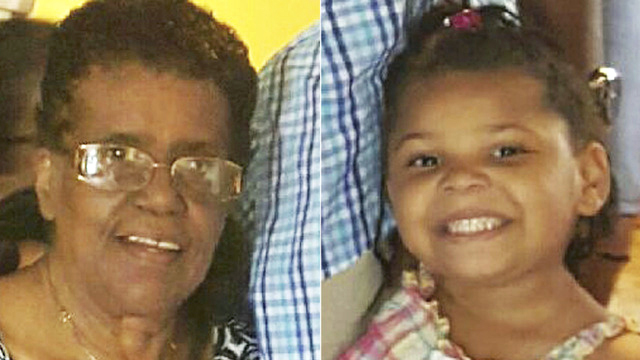 Search Underway for Woman, Girl Who Vanished on Road Trip

RICHMOND, Va.—Officers scoured hotels, businesses, rest areas and trucks stops across a large swath of Virginia in the search for a 71-year-old New Jersey woman and her great-granddaughter, who vanished during a holiday road trip to see family.

As of Wednesday, authorities have found nothing related to Barbara Briley and 5-year-old La’Myra Briley, Virginia State Police spokesman Sgt. Stephan Vick said. The two were last seen on Christmas Eve at a gas station in Ruther Glen, Virginia, about 30 miles north of Richmond. Authorities say they were on their way to Anson County in North Carolina to visit relatives.

A niece of Barbara Briley said she used to work as a driver for New Jersey Transit and had made the long trip numerous times.

“Driving is not an issue when it comes to my Aunt Barbara,” Ginger Bittle, 35, told The Associated Press. She said she didn’t know of her aunt to have any medical problems.

Family members have repeatedly tried to reach her by cellphone and are retracing the route they believe she was traveling.

Surveillance video from the gas station shows Barbara Briley walking inside around 5:40 p.m. Saturday. She exits and re-enters before eventually pulling away just after 6 p.m., authorities said.

Gas station clerk Joanna Strange told local media that Briley came inside to say she was lost, and that she helped her with her GPS before Briley went on her way.

Lt. Travis Nutter of the Caroline County Sheriff’s Office, which released the video, said nothing in the footage indicated any kind of suspicious activity at the gas station.

“That video is the last anybody saw of her, and what happened after that we truly don’t know,” he said.

Officers spent much of Monday searching the Ruther Glen area and then shifted their efforts to an area south of Richmond. Authorities learned that Briley’s cellphone, which had been turned off, turned back on for a very short period of time early Tuesday morning and “pinged,” or connected with, a tower near the city of Petersburg before it shut back off, according to Nutter. They weren’t able to triangulate her location but began searching the general area, he said. There’s been no further activity from Briley’s phone since then, he said.

State troopers looked up and down the Interstate 85 corridor, going all the way to the North Carolina state line without luck, Vick said. They used a helicopter and hunted for signs of guard rail damage or other evidence that a car may have run off the road, he said.

The patrol has sent out the vehicle information and descriptions of the Brileys to other law enforcement agencies in the state, but “we don’t even know if she’s made it to North Carolina or not,” Baker said.