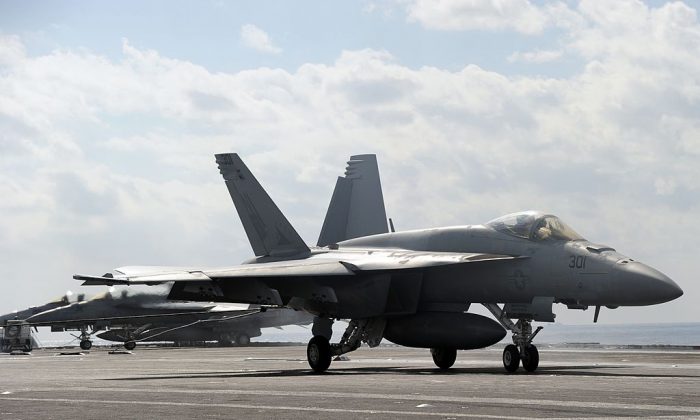 A US Navy FA-18E lands on USS George Washington during the 'Keen Sword', a US-Japan military exercise at the Pacific Ocean on Dec. 10, 2010. (TOSHIFUMI KITAMURA/AFP/Getty Images)
International

Search Underway for US Marine Pilot Ejected From Jet in Japan

The aircraft was on a regular training mission at the time of the incident, which occurred about 120 miles (190 kilometers) southeast of Iwakuni, the Marine Corps said in a statement.

The identity of the pilot was not immediately released.

Japan’s Defense Ministry said Japanese military vessels and aircraft had joined the search and rescue effort. It said the F/A-18 had been flying with another Marine Corps jet.

The Marine Corps said the aircraft was assigned to the 1st Marine Aircraft Wing in Okinawa, Japan.

It said the cause of the incident was under investigation and no further information was immediately available.