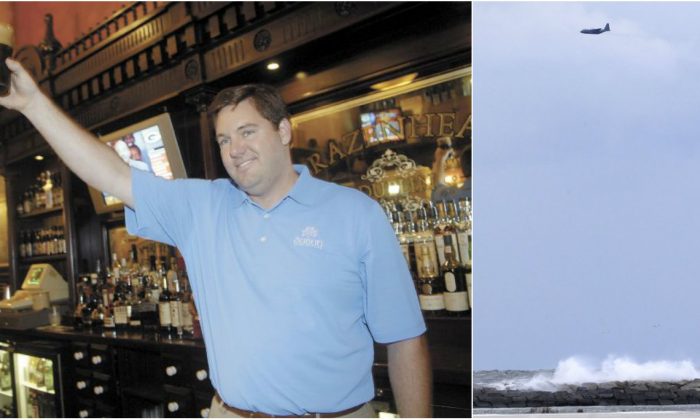 Search Resumes for Plane With 6 Aboard; Bag Investigated

Police were investigating the contents of a bag recovered near a private harbor as part of the search for a missing plane carrying six people, the mayor’s office said Sunday.

The bag was found near Shoreby Club Harbor in Bratenahl, a small lakeside community near Cleveland, according to the office of Cleveland Mayor Frank Jackson.

Five boats and a Cleveland police helicopter were looking for the plane that disappeared late Thursday over Lake Erie near Cleveland’s shores.

The Cleveland Division of Fire, the U.S. Coast Guard and Underwater Marine Contractors have launched boats, and dive teams are ready to search the lake once the plane is located.

The mayor’s office says four boats are equipped with sonar that can track underwater images and are searching a grid near the plane’s last known location. A fifth boat is surveying the shoreline for debris that may have washed ashore.

John T. Fleming, chief executive of a Columbus-based beverage distribution company, was piloting the plane. His wife, Sue, their two teenage sons, Jack and Andrew, and two neighbors were aboard.

The aircraft was headed to Ohio State University Airport, northwest of downtown Columbus.

Fleming’s father has said the family and friends were attending a Cleveland Cavaliers basketball game.

The Federal Aviation Administration and National Transportation Safety Board continue to investigate.