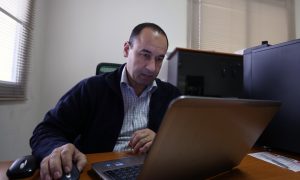 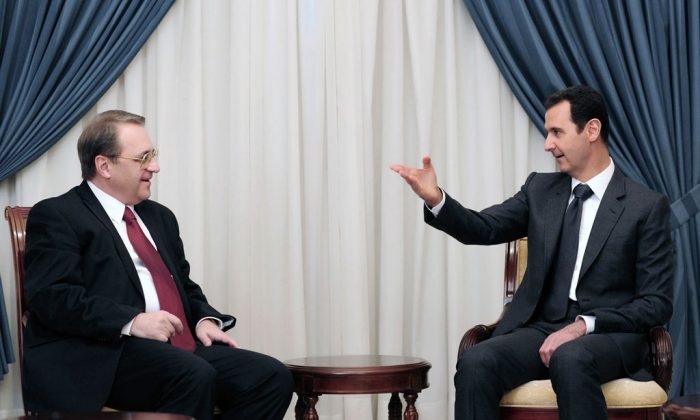 Search Is on for Diplomatic Solution to Syria War

BEIRUT—The search for a negotiated settlement to the Syrian civil war is gaining steam, as President Bashar Assad’s forces feel increasingly squeezed on the battlefield and Islamic extremist groups proliferate across the region.

Russia, Assad’s chief international ally, is trying to convene peace talks in Moscow between Syrian government representatives and the mainstream opposition on how to move toward a political transition. Its diplomats have been shuttling between various sides of the conflict to try to arrange talks without preconditions.

Elsewhere, U.N. envoy Staffan de Mistura is attempting to decrease the level of carnage in Syria through a plan that calls for “freezing the conflict” in the northern Syrian city of Aleppo as a building block for a wider solution to the war.

So far, there is little to suggest that either of those plans has a real chance of success. But analysts say there is a greater chance now for a settlement as a result of recent government losses in the north and south as well as growing resentment toward Assad among his traditional supporters — particularly after the mass killings of soldiers by militants.

Sustained losses, they say, may open a window of opportunity for more flexibility for a peaceful transition possibly involving Assad’s eventual departure.

“The regime is increasingly stretched, militarily and financially, and so its refusal to engage politically with its own constituencies, let alone its adversaries, threatens it,” wrote Yezid Sayigh, a senior associate at the Carnegie Middle East Center in Beirut, in the pan Arab daily Al-Hayat. “By insisting on an exclusively military approach, it takes itself closer to the point where it has no political or social cushion domestically.”

The attempts to hold a peace conference also come as Russia and Iran, Syria’s other main ally, are under pressure as a result of plunging oil prices. Both countries have given Assad billions of dollars in credit since the crisis began and might not want to spend more on the costly war.

It is not yet clear who would take part in talks in Moscow. The main Western-backed Syrian opposition does not trust Russia and maintains that any negotiated settlement must be based on the Geneva communication platform, which states that there should be a political transition in Syria toward democracy by the formation of a transitional governing body with full executive powers.

“We are not going to accept something that is just superficial; it has to be genuine, deep-rooted transition toward democracy,” said Monzer Akbik, a senior official with the mainstream opposition Syrian National Coalition, the political wing of the Free Syrian Army.

Nevertheless, the communique, a roadmap agreed on by major powers in June 2012, is vague and leaves open the fate of Assad. Two rounds of peace talks between government and opposition representatives in Switzerland in early 2014 ended in failure.

Analysts say the Moscow peace conference, which some refer to as Moscow 1, could be a first step toward ending the war.

“If the Moscow 1 conference is held, it will be a positive indication but will not lead to a rapid solution in Syria,” said Hilal Khashan, professor of political science at the American University of Beirut. “It could be the first building block.”

Syrian officials have not commented on the Russian or U.N. initiatives beyond saying that the Aleppo proposal is worth studying. Foreign Minister Walid al-Moallem has also said that Syria, along Russia and Iran, is working on a political solution for the conflict “based on dialogue between Syrians and without any outside intervention.”

But the government is currently on shaky ground. U.S.-backed rebels are advancing in the country’s south, capturing a string of towns from government forces in a push aimed at carving out a swath of territory leading to the capital, Damascus.

In northern Syria, al-Qaeda-linked and other Islamic fighters captured two key army bases last week after days of intense battles that killed dozens on both sides including an estimated 300 soldiers, according to the Britain-based Syrian Observatory for Human Rights.

And the militants are now pushing toward Idlib city, the only provincial capital in northern Syria still fully in government hands.

The Islamic State group, which now controls most of the east and major parts of the north, is trying to capture a major air base in the eastern province of Deir el-Zour. The fall of that base would endanger the nearby provincial capital of the same name.

The U.S and its Arab allies have been launching airstrikes against the Islamic State group in both Syria and Iraq. The strikes helped blunt the IS advance in some places, like in the northern Syrian Kurdish town of Kobani, and have helped the Kurds retake ground from the extremists in some parts of Iraq. Still, despite the strikes, the Islamic State group has succeeded in making some further gains in both countries.

Despite the recent setbacks, Assad’s government can strike back with the help of its Russian and Iranian allies, said Fawaz A. Gerges, director of the Middle East Center at the London School of Economics.

“The Syrian army and its local allies time and again have shown their ability to regroup and go on the offensive,” Gerges said. “Iran and Russia will not allow the defeat of the Syrian state and will fight tooth and nail to protect their national interest.”

From The Associated Press. AP writer Ryan Lucas contributed to this report.