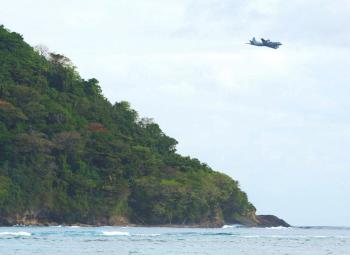 Search Called Off for Missing Fishermen

Matthew Ytsma
View profile
Follow
biggersmaller
Print
In the early hours of Wednesday morning the Oyang 70, a Korean fishing vessel, sank in the southern ocean as it was hauling in its fishing equipment. The ship went down in as little as ten minutes, leaving the crew no choice but to abandon ship in the cold southern waters.

Forty-five crew members were picked up by another ship later in the morning. Three bodies were found later, however three crew remain missing including the ship's captain.

A New Zealand Air Force Orion search plane had been sent out and joined a number of fishing vessels to help with the search, but was unable to locate the missing crew. No trace was found of the sixth and final raft.

Rescue Mission Coordinator Mike Roberts said in a press release, “It would appear that the three remaining men must have been in the water since the early hours of this morning”.

Survival time for an unprotected person in the southern ocean is about three hours.