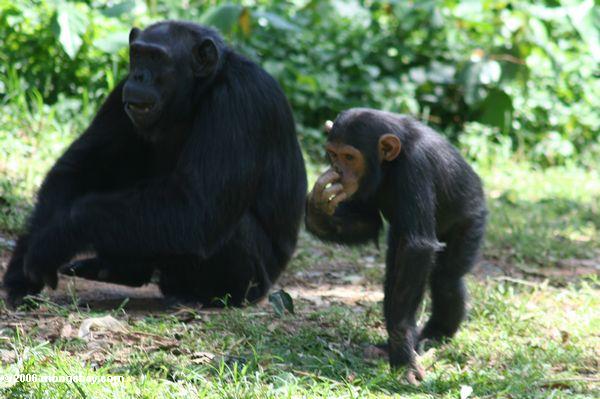 Africa’s people, forests and wildlife are in trouble if the mostly unbridled expansion of oil palm in West and Central Africa is allowed to continue unchecked, says an organization of African scientists.

The Society for Conservation Biology (SCB) issued the call in late January for better engagement by government leaders, companies, and conservation scientists themselves as oil palm development swells. It comes amid a growing chorus of concerned researchers and activists who want to see processes that take human health, economics and the environment into consideration when deciding where large-scale oil palm plantations should be allowed, before it’s too late.

“In fact this advocacy should have started 5 years ago or earlier,” Stephen Awoyemi, lead author of the statement and president of the Africa Section of the organization told mongabay.com. “Now, the rate of industrial oil palm expansion in West and Central Africa is rapid, gathering significant momentum and driven by new levels of demand for palm oil by international economic actors.”

Agriculture tops the list of deforestation drivers, along with logging and timber exploitation, urbanization and industrialization. In the first decade of this century, the continent lost more than half a million hectares of rainforest, and nearly 3.5 million in all – an area considerably larger than Belgium – according the Food and Agriculture Organizationof the United Nations.

Awoyemi and his colleagues wrote the statement to “highlight the rapid and unsustainable destruction of forests due to industrial oil palm expansion in West and Central Africa.” The fear is that Africa’s tropical forests will go the way of those in Southeast Asia. Indonesia won’t have much natural forest left by 2022, if predictions from a 2007 UN Environment Programme study hold.

The loss of forest means the loss of habitat for endangered species, especially apes. Serge Wich, a primate biologist at Liverpool John Moores University in the UK, told mongabay.com in July that, for apes, oil palm expansion is “probably the top threat at the moment.”

The Society for Conservation Biologists cited Wich’s 2014 study, published in Current Biology, pointing out that more than half of Africa’s oil palm concessions overlap with ape habitat. Wich and his colleagues also found that about 40 percent of protected ape habitat was also good land for oil palm agriculture, providing authorities with an incentive to remove those protections if they want to cash in on the oil palm boom.

Joshua Linder, an American primatologist who wrote a 2013 report warning of the “new wave” of investment in oil palm’s effects on apes, pointed out that oil palm plantations effects often stretch beyond their boundaries. Bush meat hunting by plantation workers, for example, can devastate local animal populations, including apes. A map from Global Forest Watch of the forest loss surrounding oil palm plantations in the Republic of Congo demonstrates that tree cover doesn’t just occur in the concessions themselves.

Data from Global Forest Watch also shows the preponderance of oil palm concessions that lie within areas designated as “biodiversity hotspots,” so named because of both the breadth of species they contain and the perils they face, particularly in the oil palm-heavyweight countries of Cameroon and Liberia. They’re reportedly the third- and ninth-largest producers of palm oil in Africa, respectively.

Human health could also suffer from the removal of forests, wrote Awoyemi. Without those buffers between people and wildlife, zoonoses – that is, diseases that can make the jump between humans and other species – could cause serious problems. His organization cites research that 60 percent of emerging infectious disease fit that category, with AIDS, West Nile virus, Lyme disease and Ebola among them.

Awoyemi also said that economic decisions about oil palm are often shortsighted, trading the long-term economic benefits of forests – ranging from the products people obtain from them to ecosystem services such as climate regulation, for example – for the initial surge in cash flow that comes with investment in oil palm plantations.

“Wherever land concessions for oil palm are made, decisions should not just be based on short-term economic or social benefits alone,” he told mongabay.com. “Biodiversity [and] conservation priorities should be included in these decisions and necessary trade-offs made.”

The SCB statement points to a 2013 study that argues that forests worldwide are worth $250 billion to the developing world, which is more than double the global value of development assistance.

Finding a sustainable path for oil palm will require leadership, Awoyemi said, and that starts at home. “We believe Africans have the wherewithal to develop the legal instruments, policies and land use planning to secure forests in perpetuity,” he and his colleagues wrote.

Furthermore, Awoyemi said that African researchers should capitalize on the swift political and economic “transformation” occurring around the continent and help swing the momentum toward the side of conservation.

“What is imperative is that conservation scientists must seize this moment of fast-paced change and proactively ensure that ecological sustainability is underscored in the future of the African continent,” he said. “The bottom line is that we do not make the mistake our Southeast Asian colleagues have made.”