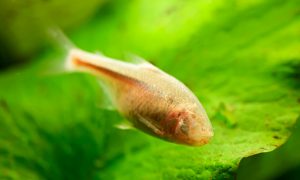 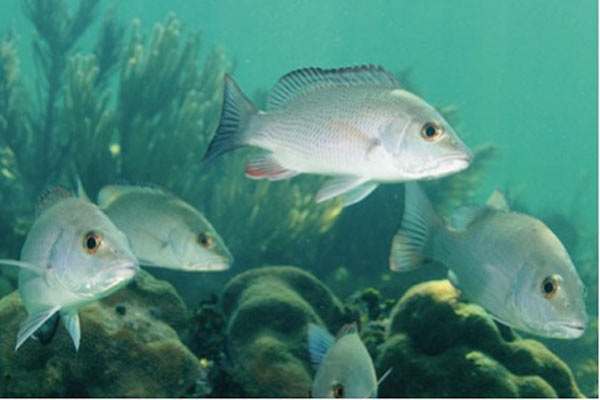 Photograph of Grey snapper (Lutjanus griseus) in a school of adults on the reef. Photo by: E. D’Alessandro.
Environment

For the first time, marine biologists in Florida have recorded evidence of fish larvae in the ocean producing sounds. The study was performed by researchers from the University of Miami and focused on the grey snapper (Lutjanus griseus) living in the waters of the northern Florida Keys reef tract. The field of acoustic ecology, which studies animals and their interaction and relationship with sounds in their environment, has often focused on juvenile and adult fish while overlooking fish larvae.

The acoustic ecology of coral reef fish has attracted significant scientific interest in the last few years. Adult fish use acoustic signals in a variety of ways and are able to produce and receive sounds. These sounds are used to attract mates, defend territories and frighten predators, and can provide information on the surrounding environment, even for fish that can only receive sounds.

According to Erica Staaterman, an applied marine physicist and marine biologist from the University of Miami, “the scientific community generally assumed that larval fish were merely listening to sounds from other sources, not producing sounds themselves.” The only record of sound generation from this species was in adult grey snapper found in laboratories. These adult grey snapper emitted sounds in response to manual or electrical stimulation during laboratory experiments.

In order to determine whether grey snapper larvae were capable of producing sounds, researchers used in situ —”on-site”— Lagrangian recording systems, which are observation platforms that collect data by moving with the ocean current. The larvae were first recorded in their native ocean environment and the results were then verified in the laboratory by comparing the larval recordings to historical recordings of adult fish. Using both on-site and laboratory recordings, the experiments revealed that grey snapper larvae are acoustically active during the night. It was also found that the larvae produce “knock” and “growl” sounds similar to the adults. These sounds may enable snapper larvae to stay together in groups at night when they experience a reduction in visibility in the water. However, exactly how they produce these sounds and any other functions they may provide are still unknown.

Staaterman told mongabay.com that this research is important because “very little is known about the acoustic behavior and acoustic repertoire of marine animals. There is a whole world left to explore. It is important that we do this soon, before background noise becomes too great and we are unable to detect these natural, but fascinating, sounds.”

According to Staaterman, ambient noise can drown out what researchers are listening for – and even be harmful to the creatures themselves.” For animals in the ocean, background noise from anthropogenic sources is on the rise and can lead to acoustic masking,” she said. “Animals make sounds for a variety of functions – ranging from predator deterrence to mating calls to alarm calls, etc. These functions can be disrupted or interrupted when there is high background noise.”

As a result, “if they cannot hear one another, they may lose their group integrity which could result in few larvae arriving on the reef to settle,” Staaterman said.

While this study sheds light on an important phenomenon, Staaterman underlines the need for further research to better understand why and how larval fish make sounds.