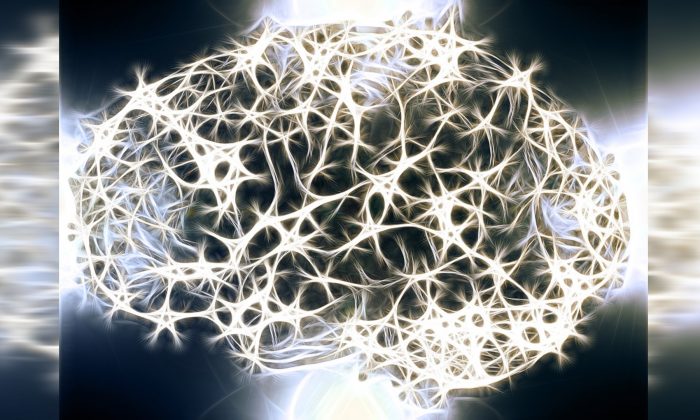 Graphical illustration of neuronic linkages inside a brain. (Geralt/Pixabay)
US News

Scientist Says When We Die Our Brains Know We are Dead

New research says when we die we know we are dead because our brains keep working and remain aware of what’s happening.

Death has always intrigued humanity and top medical scientist have always tried to find out what happens when a human being dies.

There has been much research with anecdotal evidence of near death and after death experiences and people describing out of body experiences with lights and flashes of light.

A study based on the survivors of cardiac arrest suggests that our awareness remains active even when our hearts stop working and our bodies stop moving, according to The Sun.

Dr. Parnia is trying to compare oranges with cow manure. Okay, someone comes up with something that is legit and the scientific community says it is not real. However, 20 to 40 years later they realize we were wrong. This Dr. Parnia is way off base. https://t.co/b4BBa61CgN
— Wayne Adams (@WEATHERW1ZARD) April 17, 2019

Dr. Sam Parnia, head of research in cardiopulmonary resuscitation and assistant professor at the Stony Brook University School of Medicine, is studying human consciousness after death and is examining cardiac arrest cases in Europe and the United States. He interviewed flatlining patients about what they saw and heard before they came back to life.

Parnia’s study claims that survivors of cardiac arrest were aware of what was happening around them when their hearts had stopped beating and could describe their surroundings accurately later.

According to the Daily Mail on Nov. 28, Parnia’s study investigated what happens to the brain after a person suffers a cardiac arrest so as to prevent injuries to the brain while reworking the heart. He’s also trying to find out how long the consciousness lives after the heart stops beating to improve the quality of resuscitation.

Parnia said that officially a patient is declared dead when the heart stops working. “Technically speaking, that’s how you get the time of death,” he said.

Then, blood no longer circulations to the brain, meaning brain function stops “almost instantly,” he said, adding: “You lose all your brain stem reflexes — your gag reflex, your pupil reflex, all that is gone.” Parnia said that the death of brain cells then takes place typically hours after the heart stops.

CPR sends some blood into the brain, he added. “If you manage to restart the heart, which is what CPR attempts to do, you’ll gradually start to get the brain functioning again. The longer you’re doing CPR, those brain cell death pathways are still happening—they’re just happening at a slightly slower rate,” he told the website.

And some people whose hearts have stopped before restarting accurately recalled what happened around them.

“They’ll describe watching doctors and nurses working; they’ll describe having awareness of full conversations, of visual things that were going on, that would otherwise not be known to them,” he explained. Those recollections were verified by nursing and medical staff who were there when the person died.

They were flabbergasted when they heard patients could remember those details, he said.

Some people who have come back may have a positive experience.
“What tends to happen is that people who’ve had these very profound experiences may come back positively transformed,” Parnia said. “They become more altruistic, more engaged with helping others.”

He added: “They find a new meaning to life having had an encounter with death. But there isn’t like a sudden magical enhancement of their memories. That’s just Hollywood jazz.”

According to an abstract of Parnia’s AWARE, or AWAreness during REsuscitation, study, “Cardiac arrest (CA) survivors experience cognitive deficits including post-traumatic stress disorder (PTSD). It is unclear whether these are related to cognitive/mental experiences and awareness during CPR. Despite anecdotal reports the broad range of cognitive/mental experiences and awareness associated with CPR has not been systematically studied.”

Of about 2,060 cardiac arrest events, 140 survivors were interviewed. Forty-six percent “had memories with 7 major cognitive themes: fear; animals/plants; bright light; violence/persecution; deja-vu; family; recalling events post-[cariac arrest],” the abstract reads. About 9 percent had near-death experiences, and 2 percent “described awareness with explicit recall of ‘seeing’ and ‘hearing’ actual events related to their resuscitation. One had a verifiable period of conscious awareness during which time cerebral function was not expected.”