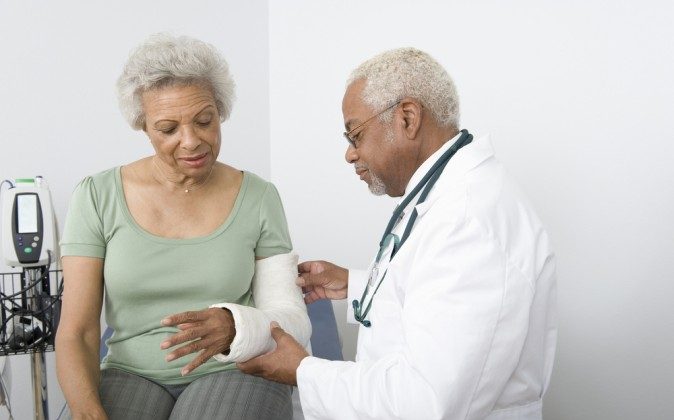 A new study out of Scandinavia has affirmed the importance of maintaining high vitamin D levels for healthy bones. Researchers from Sweden, after observing more than 1,000 elderly women over a 10-year evaluation period, learned that those who maintained consistent blood levels of serum 25-hydroxyvitamin D (25OHD) above 50 nanomoles per liter (nmol/l) had nearly half the risk of suffering a bone fracture or osteoporosis compared to those with less than 50 nmol/l of 25OHD.

Science Daily reports that 1,044 Swedish women, all aged 75, were evaluated at baseline for vitamin D and asked to return in five years for a follow-up. A total of 715 women followed these instructions, upon which the researchers placed them into three vitamin D categories: low (75). Data on fracture and osteoporosis rates among all the women were gathered and compiled over the course of 10 years.

At the conclusion of the study period, the team observed that the incidence of hip fractures was significantly lower among the women who were considered to be vitamin D sufficient, or who maintained 25OHD levels at 50 nmol/l or higher throughout at least the first five years following baseline. The average percentage of women in this category as well as the high category to suffer a FRAX fracture was found to be about 28 percent.

Conversely, the women in the low-25OHD category fared much worse in terms of bone health, shouldering a more than 45 percent fracture rate. This is nearly twice the fracture risk observed among women in the intermediate- and high-25OHD groups, illustrating what appears to be a causal relationship between vitamin D levels and bone health.

“This study concludes that in the population sample of elderly women, vitamin D insufficiency sustained over 5-years was associated with increased 10-year risk of osteoporotic fracture,” stated Professor Kristina Akesson from Lund University’s Clinical and Molecular Osteoporosis Research Unit, one of the study’s lead authors.

“This is part of a body of research which increasingly suggests that falls and fracture risk in the elderly could be lower by having higher vitamin D levels.”

Vitamin D supplementation a simple, inexpensive way to protect against disease
Prof. Akesson is also the chair of the International Osteoporosis Foundation’s “Capture the Fracture” campaign, which is advocating for more widespread awareness of the importance of vitamin D in preventing bone fractures. If more people simply supplemented with inexpensive vitamin D3 when natural sunlight exposure is not an option, they could significantly lower their risk of developing bone conditions.

“The International Osteoporosis Foundation (IOF) global recommendations for vitamin D advise daily intakes of 800 to 1000 IU/day [international units] in seniors for fracture and falls prevention,” adds Prof. Akesson. “And if the on-going research shows that vitamin D levels are increased it may be a relatively simple and low-cost public health measure that could have significant positive effects on the incidence of osteoporotic fractures with aging.”

Image of patient with arm fracture via Shutterstock