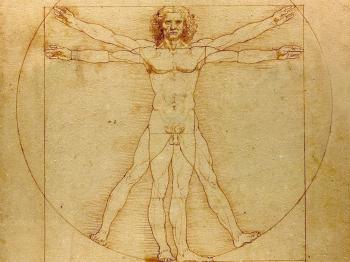 The Science of Organ Transplants

Peter Sanftman
View profile
Follow
biggersmaller
Print
Even with today's technological breakthroughs, Leonardo Da Vinci's portrayal of the human body as a work of art has not been surpassed.

The year 1954 altered the face of medicine forever, with enduring consequences. Doctor-patient relationships took on a completely foreign and new dimension, involving a third party: a healthy individual would undergo an extremely invasive procedure to their physical body, in order to prolong the life of another.

Those concerned with ethical issues would be compelled to put their concerns on the back burner; the potential to prolong a human life would ultimately win out. But what about the profound implications a transplant surgery carries with it? Since those early days, many ethical concerns have now come to the forefront of transplant surgery.

American cardiologist Dr. Paul Pearsall researched the phenomenon of mental and personality changes on more than 100 heart transplant patients. Uncoached, they freely related their experiences of changes in their mental and psychic states, after having undergone surgery.

It is a harsh reality that recipients of transplanted hearts must take specific drugs to avoid the body's instinctive rejection of the foreign organ for the rest of their lives, and doing so predisposes them to a higher risk of developing cancer and contracting infections. But that seems to be only one aspect of the consequences of a transplant. In conjunction with organic changes, recipients of an organ also seem to be inheriting soul traits from the donor.

In some instances, this phenomenon appears so distinctly that transplant patients feel "like strangers in their own bodies." Those are the astonishing words of a liver transplant patient who voiced her post-surgery desire for a large beer, even though she had previously never imbibed in alcohol. What was stranger yet to her is that before the surgery, she was a classical music devotee, but post-surgery she displayed a new preference for rap music, something that would have been unimaginable to her before. Now she bemoans feeling like a stranger in her own skin.

A male transplant patient on condition of anonymity had this to say, "I feel as if the transplant surgery had made me hand over my body to a foreign soul – my feelings, the way I act, the way I perceive things, my thinking and desires – they have all changed, as if two souls live in me." Relatives commented on how he had lost his personality, character, habits and preferences. While the transplant patient is able to continue to live after the surgery, his persona might be practically unrecognizable to his loved ones, and even to himself.

Dr. Paul Pearsall systematically documented findings such as these from transplant recipients and compared the results to that of the organ donors' personalities. He discovered that the personality changes were actually manifestations of the donor's characteristic personality traits. Theories have not yet been formulated that would satisfactorily explain this phenomenon–where the soul is concretely schematized– perhaps because the majority of scientists would balk at such research anyway.

Although the numerous incidents of this phenomenon occurring simply cannot be dismissed, it seems we must wait a bit longer, until someone comes to a more definitive conclusion that would compel the scientific community and the public to recognize the validity of such phenomena.

In spite of the incident rate of such strange symptomology and the consequences, transplant surgeries were given the go-ahead, with the caveat that they would have to be carried out without financial, social or special interest group pressures, under the free will and with consent of the donor.

Ultimately, a private, exempt special interest group of a kind did surface: financially well-off patients who possess the overwhelming instinct for self-preservation. This market directly contributes to the willingness to procure organs at any cost, independent of who the organs come from: whether they are freely donated, or were unethically procured. Or perhaps the organs came from citizens who, in desperation, would sell their own organs to unscrupulous middlemen, thereby committing a capital offense by contributing to a black-market, criminal trade. Granted, sanctioning transplant surgeries has unquestionably prolonged the life of countless individuals, but there is another poignant consideration. Society's acceptance of the practice – to harbor a foreign organ – has paved the way for condoning illegal organ trafficking.

Even Western industrialized nations can not entirely avoid disclosing the source of all organs, though the legal system tries its best for compliance. In many instances, the sale, source and procurement of an organ facilitates the continuation of illegal organ trafficking, enabling it to continue to flourish on an international scale.

Populations in such Asian nations as Japan, China and Korea prohibit and do not accept organ donations on ethical grounds. From the appearance standpoint, the country of China does not have an official organ donor registry, since its population, steeped in Buddhist/Taoist traditions, considers organ donation a transgression and violation of their cultural heritage. But the regime in China, not withstanding such traditions, clandestinely resorts to unrestrained, illegal organ harvesting from prisoners of conscience and tradition, such as the followers of Falun Gong. Their organs have been forcefully removed, without benefit of anesthetics, and while still being alive!

Unfortunately, organ tourism targeting well-heeled patients from industrialized nations is the chief source of revenue for the procurement and sale of organs within China. The organ recipients seem to have no qualms accepting organs from donors the regime has murdered, with such organs being provided on demand, carefully custom-matched beforehand to meet the medical criteria of the recipient.

By contrast, very few Asians are willing to accept and/or purchase organs known to have come from prisoners of conscience. Refusal to be an accomplice to the act stems from traditional beliefs, no doubt. One belief is that the person's soul would merge with yours, as medicine appears to be corroborating. Another would be that if you take something that does not belong to you, (as in the case of the untimely and violent death of another human being) you will be forced to pay a steep karmic debt, if not in this life, for sure in a future state of being.

Read this article in German