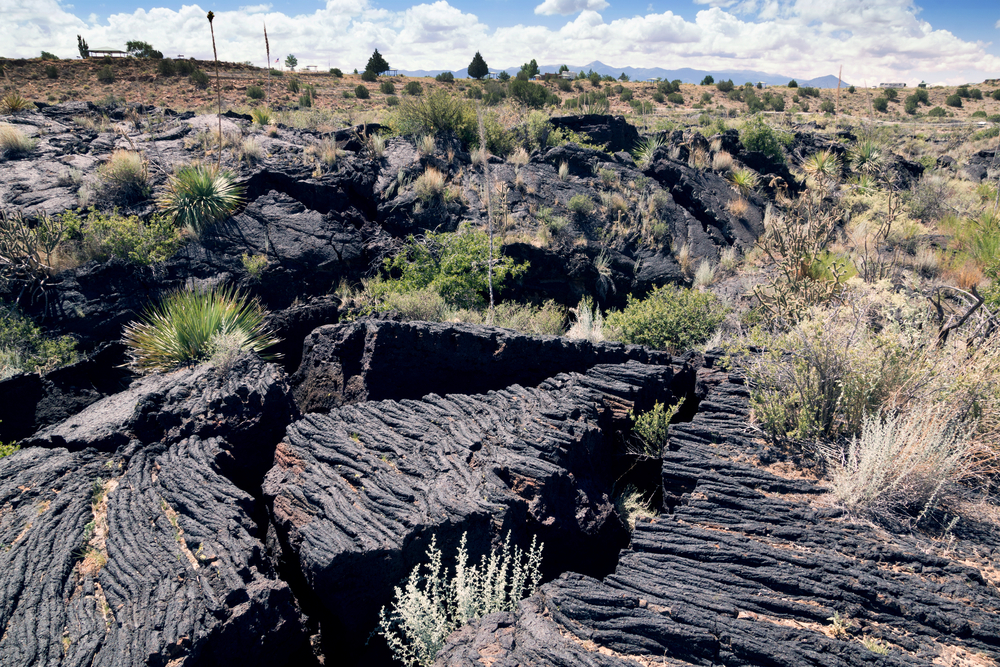 Science Mixes With History at New Mexico’s Valley of Fires

On a recent RV trip across the United States, we discovered places which we had never heard of that turned out to be real finds. Valley of Fires Recreation Area is part of the Bureau of Land Management—protected areas where ranchers are allowed to graze their animals and people are allowed to hunt, fish, camp, hike, and picnic if they respect and care for the cleanliness and safety of the land, which no individual owns. A few campsites in some of these places can be reserved, but most are on a first-come, first-served basis.

We had never heard of Carrizozo, New Mexico, a town of only 760 people on U.S. Highway 380, but in Tularosa, we saw brown signs pointing to the Valley of Fires Recreation Area. We knew that brown signs always indicate parks, museums, and other points of interest, historic importance, and great recreation, so that’s where we went.

When we reached the Carrizozo Lava Flow, we found a landscape of 44 square miles of black lava deposited from extrusions in the earth’s thin crust when the hot lava pushed through these cracks and flowed over the land, then cooled and solidified. This occurred from 2,000 to 5,000 years ago, and it remains the newest volcanic eruption in the continental United States, except for Mount St. Helens in 1980, which left no surface lava flow but is building a lava dome instead.

The landscape in this part of New Mexico is dotted with green, healthy desert vegetation. Also here is a well-planned, informative, easy hike. An accessible paved walkway is mostly level, and the desert plants are identified. A brochure explains what to watch for to enhance the learning experience of identifying the plants native to the unusual landscape of the high Chihuahuan Desert.

Surprises await visitors in spring, when many desert plants bloom in a variety of colors. We found a sighting tube pointing to Little Black Peak miles away to the north, which was likely the last vent to open in this area and is higher than the rest of the black lava.

Many different kinds of lava formations are given Hawaiian names since Hawaii has many similar volcanic eruptions and lava types that have already been named. Collapsed areas of jagged pieces of lava were visible throughout and are called “a’a.” Ropey-looking lava flows are called “pahoehoe.” Large holes in places throughout the black crust are where gas bubbles in the hot surface burst during the cooling period. In other places we saw pressure ridges—large cracks where the lava surface cooled and hardened while the hot flow continued beneath the surface, pushing against the hardened area above and making it crack.

Determined plants have been able to grow in this forbidding black lava. Prickly pear cacti and banana yucca are throughout the area, as are creosote, mesquite, sotol, and hedgehog cactus along with walking stick cholla. Weathered lava particles and dust blown into the cracks in the lava have created soil where the plants’ seeds can germinate. Another plant that has made it here is algerita, with its small hollylike leaves. Some gray-green four-winged salt bushes are here, along with Apache plume, little-leaf sumac, and one-seed juniper. Few places where we have hiked have had so much displayed information about local vegetation.

Although it seems impossible to people of our world today, prehistoric people were able to live here, discover which plants provided food and fiber, and hunt the small animals that have survived in their habitat here. Several kinds of bats and many small birds and insects live in this area, too.

Back thousands of years before the volcanic eruption until just after the ice age ended, prehistoric humans sheltered here. Scientists have concluded that Native Americans subsisted on the plants and animals they were able to find. Later occupants, the Jornada branch of the Mogollon culture, left pottery shards and stones they had used as tools. The Jornada were an early branch of the Apaches, and this land became part of the vast area of the Mescalero Apache tribe.

Immigrant settlers from Europe and Mexico were not welcome here. Desperate attacks by the natives defending the place where they had long lived led to the establishment of nearby Fort Stanton in 1855. 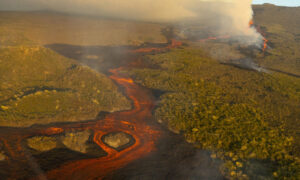 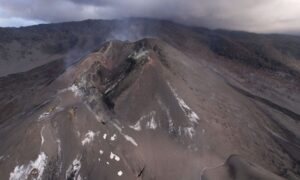 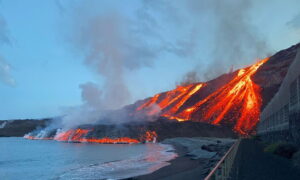 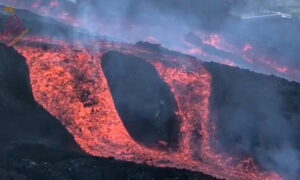