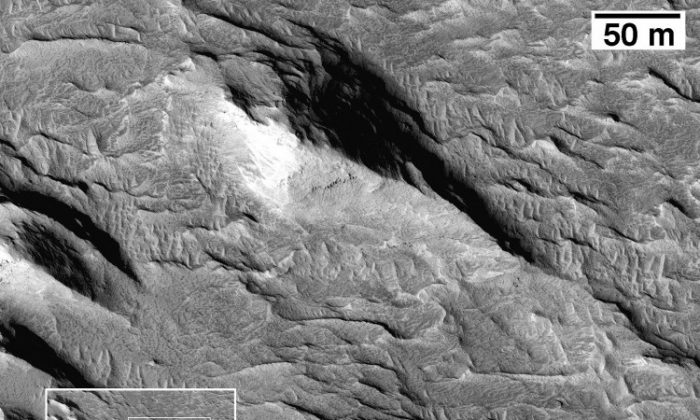 Wind-eroded yardangs composed of materials from the lower member of the Medusae Fossae Formation. (Image courtesy of NASA/JPL/University of Arizona)
Science

An enigmatic eroded rock formation along the Martian equator may have been molded by volcanic explosions, new U.S. research suggests.

The Medusae Fossae Formation (MFF) extends for almost 1,000 km and features craters that have been used to determine the age of geological regions on the Red Planet.

But a particularly pocked area is older than one that has fewer craters, implying that the MFF is older than previously determined.

Two planetary geologists at the Smithsonian Institution in Washington, DC, analyzed these extra craters and found that volcanic ash produced during an earlier period called the Hesperian could have created this part of the MFF.

Their findings will be published in Science on May 25.