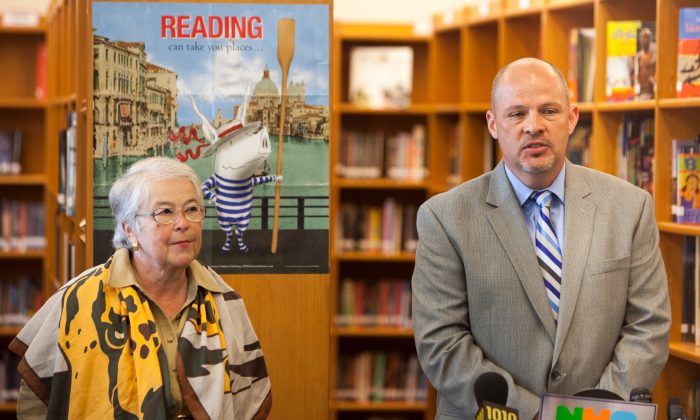 Now he has a way, as a new program allows him to break some rules for a worthy cause.

Starting this September, 62 city schools can overstep some of their union contract and city rules to test out innovations, Schools Chancellor Carmen Fariña announced Monday.

The schools, called Progressive Redesign Opportunity Schools for Excellence (PROSE), are part of a program outlined in a new contract Mayor Bill de Blasio reached two months ago with the city’s teachers’ union, the United Federation of Teachers.

Fariña said she hoped at least 15 schools would successfully apply, as they only had a month to hammer out applications. Yet 107 applied. “You get a sense of the enormity of the appetite for change in the school system,” said First Deputy Mayor Anthony Shorris during a Monday press conference on the matter.

But not everybody can join and get all they want. Principal House’s Community Health Academy of the Heights submitted seven proposals. One was dismissed, two granted, and four are still pending approval, including the proposal to use the school kitchen.

Still, House is way ahead of many others. To join PROSE, a school has to prove a good collaboration between teachers and administrators. It also needs to list innovations that are already implemented and prove the school’s success, including academic improvements.

Then it can propose innovations, such as changes to scheduling for students and teachers, tweaks to teachers’ evaluations, extended school days, or even reshuffling their school year.

The proposals have to be approved by the Education Department, the union, the principal, the parent association, and at least 65 percent of the school staff. After that, the school can move forward with the innovations and ignore provisions standing in the way.

But the union won’t allow changes to salary system or job protections, according to a recording of a teachers’ closed-door meeting with the UFT President Michael Mulgrew, obtained by Chalkbeat.org.

Fariña said such proposals weren’t even on the table.

Schools can avoid some School Chancellor regulations too, “except those affecting student safety or implementing state and federal laws and regulations,” the contract states.

House ran into this issue when he requested that some students be graduated despite failing the Regent Exams, if they prove sufficient knowledge in an oral examination. Colliding with state regulations, the proposal was immediately cast off, House said.

Even before PROSE, schools could break some rules regarding class sizes and scheduling if 55 percent of staff agreed by a vote. But they had to repeat the vote every year.

The PROSE schools can do a little more, such as extend the school day. They also have to commit to the plan for five years.

Fariña said her department would be judging the schools on academic and other improvements. A PROSE Panel consisting of three Education Departments and three union representatives can strip any of them of their PROSE privileges “if the school is not succeeding.”