Say Goodbye to the Labor Shortage 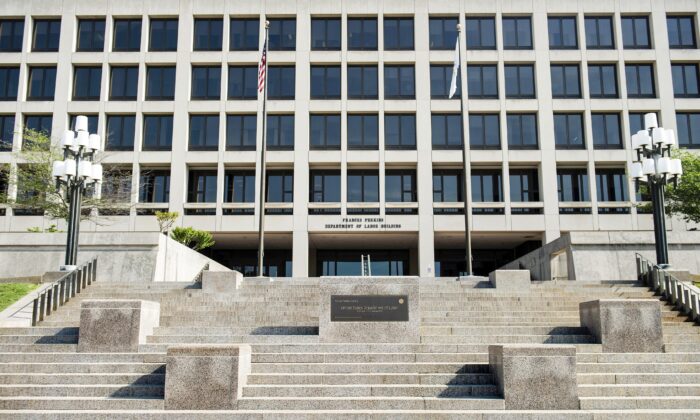 A view of the U.S. Department of Labor building in Washington, D.C., on May 3, 2013. (Brendan Smialowski/AFP via Getty Images)

It was good, or at least fascinating, while it lasted. The labor shortage is ending.

In the entirety of the post-lockdown period, labor markets have been behaving strangely. We’ve seen incredibly low unemployment numbers (3.6 percent) that everyone has known don’t tell the whole story. That figure only calculates people in the market but leaves out everyone else.

Labor participation has been very low, not having recovered from lockdowns either. This has given rise to a whole genre of literature revolving around odd themes. There has been a contest over what phrase best characterizes it:

Mostly there has been a labor shortage that has been something of a solace to those with jobs. Workers have been able to name their price. Employers have been pulling their hair out trying to find warm bodies who are willing to do work. The canonical job portal Indeed.com has been flooded with applicants, but it’s not clear how many are real or how many are just people applying in order to extend unemployment benefits.

Then we’ve seen a strange anomaly in job creation. It’s been very high but not matched by increases in the labor force. How is this possible? A careful look has revealed that this job creation has been dominated by people who are taking second and third jobs. It’s good that there are jobs for the taking, but doesn’t this seem a bit strange? At the very least, it’s not great news.

As an aside, the scene reminds me of a book I read on the Weimar hyperinflation. One might believe that the times were characterized by sadness and poverty. Not so, at least not in the early stages. Jobs were plentiful, and money flowed like mad. People were working 18 hours per day, chasing down every opportunity to make bank. The problem was that all the frenzy was fake, a sign of monetary fakery. We’re nowhere near that point, but we’ve seen some signs of that over the past two years.

Meanwhile, economic output as measured by the gross domestic product (GDP) figures in real terms has been negative for two straight quarters, technically an indicator of recession. But the Biden administration—the same gang that says inflation is either flat or moving up barely “an inch”—says there’s no recession. The evidence they give is the unemployment rate and job creation.

They claim it isn’t possible to be in recession while the job market is so obviously healthy. It’s not a bad point when you consider the history of recessions. There’s something strange going on. At what point will the labor markets start flashing signs of red?

That point seems to have arrived. The Labor Department reported that total job openings fell by 10 percent in August, a huge drop by any historical standard. The 1.1 million drop in openings is the largest decline since the lockdowns. Job openings are now at their lowest level in a year. At the same time, labor participation is still stuck. Millions are missing from payrolls. Counterfactual history suggests that we’re missing as many as 8.3 million people from payrolls who otherwise would be working.

What this means is fewer job opportunities for those who are bothering to look for work, which is to say that the salad days are over. The crash in job openings affects every industry: leisure and hospitality, construction, manufacturing, and the whole of the private sector. This would seem to indicate a major weakening of the entire business environment.

Such a dramatic drop is a sure sign of recession, thus robbing the Biden administration of one of its talking points. It’s also reinforced by anecdotes of job cuts in major industries. The currently employed haven’t yet begun to panic, but the superfluous management layers in many businesses are being culled. This will get worse as the recession deepens.

The GDP numbers for the third quarter will be reported on Oct. 27 at 8:30 a.m. They’re highly likely to show that the negative trend will continue. After all, I’m not recalling any data releases from July, August, and September that would bump the negative into positive territory, but it’s impossible to say.

If there ever were a way for a sitting administration to lean on the Commerce Department to make sure that the first estimates were positive, this would be the time to do it. Not that the White House is this corrupt. Surely not. But it would be truly disastrous for the data release to confirm three consecutive quarters of declining real output just before the November elections.

Another talking point by the Biden administration has been the decline in gas prices. That trend has reversed itself. And based on what we’ve seen in the EU and the UK, we can expect rising prices throughout the winter months. Biden is already blaming OPEC.

Many people are still in denial about the reality of our times. They want to believe that all will be well, that prices are going to settle down and things will become affordable again, and that the money and wealth are going to continue to flow no matter what. It’s a complete delusion at this point. The Great Reset has already happened. We’re living amid the carnage. Any appearance of normalcy can’t last for much longer.

The fall in housing is but one indication.

Let’s end with some final thoughts on the labor problem. The shortage of workers has been one of the more puzzling features of these times. The explanations have focused on issues such as early retirement, lack of child care, demographic upheaval, large shifts in various sectors and their labor needs, and so on. None of these explanations really do fully account for the strangeness of it all.

It’s impossible to avoid the real underlying reason: mass demoralization. Before the lockdowns, most people generally had the feeling that the trajectory of history was toward rising prosperity and progress for most people. After the lockdowns, the realization has set in that this isn’t necessarily the case. The multitudes that once planned their daily habits, work and education lives, and life choices around the expectation of improved living standards have subtly changed their outlook for the future.

This is the real tragedy of our times. The fundamental shift in the culture of civilization isn’t easily fixed in the next election or a positive data release from the Department of Labor. To rebuild will require a restoration of public confidence in the regime and the whole system under which we live. We’re nowhere near that point. Until something changes in that respect, we can’t look forward to seeing the return of the good old days that we knew only a few years ago.