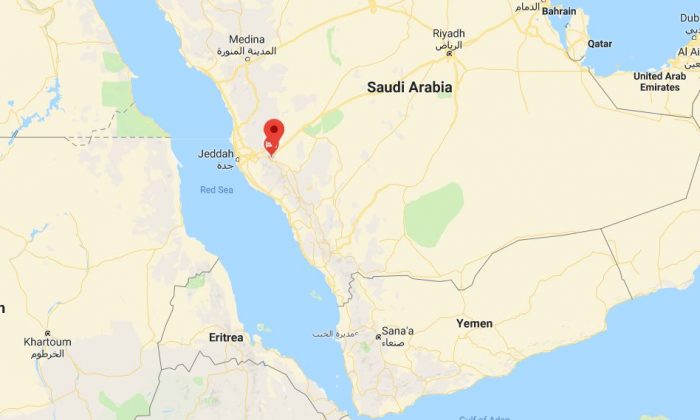 A group of nurses in Saudi Arabia were fired from their jobs after they were filmed laughing while squishing the face of a newborn baby who was hospitalized.

The parents of the child became aware of the video after it was shared online on social media websites, according to the Daily Mail.

The clip shows one of the nurses grabbing the baby by its forehead and neck before squashing its face while colleagues laugh.

The nurses at the maternity hospital in Taif, Saudi Arabia, were then identified and fired from their jobs.

A Health Affairs spokesman, Abdulhadi al-Rabie, announced the withdrawal of the nurses’ nursing licenses upon identification.

The nurses have yet to be named.

The father of the infant said he was stunned to see his child in the video, according to the newspaper. The names of the infant and the child’s parents were not disclosed. The father, however, called on the Saudi authorities to take appropriate action against the nurses for not only squishing his child’s face but for posting it on social media.

Walid Al-Zahrani, a journalist, was quoted by the newspaper as saying that the nurses must be put to trial and named because “people’s lives are not a matter of joke.”

Dr. Mamdouh Eshi said the Saudi nurses are responsible for making “a dark spot on the white coat of medical professionals.”

Dr. Mohammed Al-Ghamdi, who teaches medical ethics at the National Guard Hospital in Jeddah, Saudi Arabia, told Arab News: “When it comes to children being victims, it’s a very natural reaction for people to sympathize so strongly with them because babies are voiceless and they cannot speak for themselves; thus, adults feel the need to speak for them.”

He added: “In retrospect, people who work in the medical sector, whether it be doctors or nurses, are under heavy scrutiny from the public. People expect them to respect their careers and responsibilities. To the people, doctors and nurses are the epitome of goodness, so they aren’t allowed any slights or shortcomings; their mistakes will always be exaggerated.”

“That doesn’t mean we are appointed as judges who pass judgment on wrongdoers. People should leave that to the authorities as they will assess the situation justly, instead of further harming the child and his parents, in this case,” he said.

Taif is located about 30 miles east of Mecca.