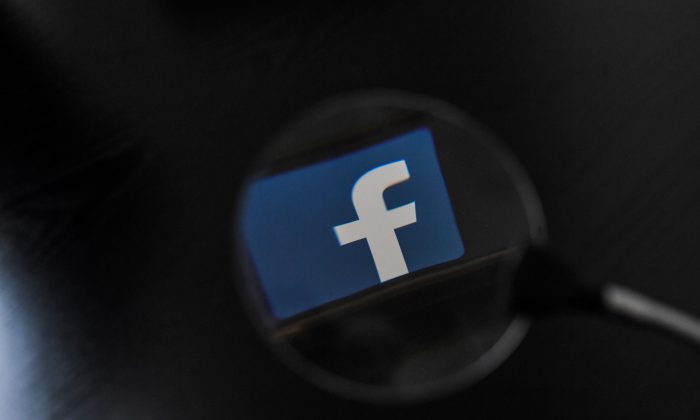 The logo of social network Facebook is displayed on a smartphone, in Nantes, France, on Jan. 15, 2019. (Loic Venance/AFP/Getty Images)
US News

A machine at a Facebook facility in Menlo Park, California, alerted employees to a package that might contain sarin, it was reported.

The Menlo Park Fire District said that no Facebook employees were exposed to sarin, CNBC reported.

The U.S. Centers for Disease Control and Prevention said that sarin as a “human-made chemical warfare agent classified as a nerve agent.”

“Nerve agents are the most toxic and rapidly acting of the known chemical warfare agents. They are similar to certain kinds of insecticides (insect killers) called organophosphates in terms of how they work and what kind of harmful effects they cause. However, nerve agents are much more potent than organophosphate pesticides,” the agency says.

Menlo Park Fire officials say machine at Facebook mail facility alerted staff on site that an incoming mail package might contain sarin. The employees were reportedly not exposed to the substance, which has not been confirmed to be sarin. https://t.co/9btUp9qCNM pic.twitter.com/JljKttuWW5

According to SFGate, at least two people at the mailing facility might have been exposed to the substance.

A HAZMAT crew is now on the scene and investigating.

ABC7 reported that this has happened previously at Facebook. That sarin alarm turned out to be false.