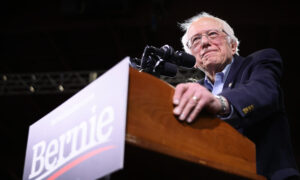 Sanders to Democratic Voters: Pick Between Me and Biden
0 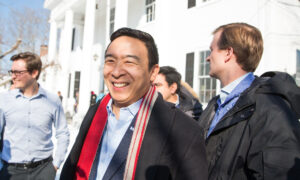 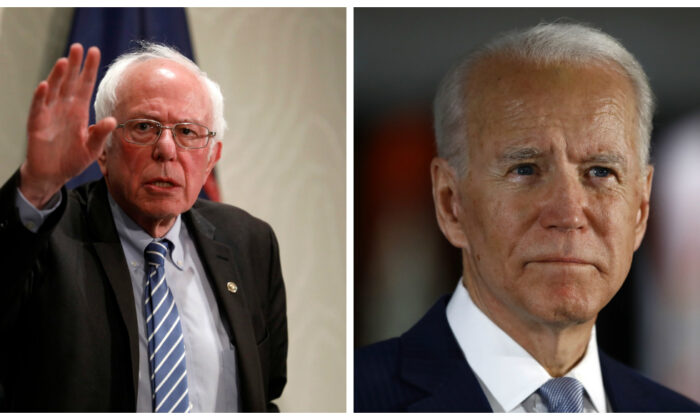 Biden won all the other states where the races have been called.

The race in Washington state was too close to call. With 67 percent of precincts reporting as of Wednesday morning, Sanders had a slight lead—335,498 votes to Biden’s 333,414.

Both candidates stayed away from the state, where one of the largest coronavirus outbreaks in the nation has occurred. Sanders and Biden also canceled scheduled rallies in Ohio over concerns that large gatherings could facilitate the spread of the virus.

Washington typically votes in primaries in May, but last year the state legislature moved the primaries to March. The state allows voting by mail, a contributing factor to the slow vote counting relative to other states.

Eighty-nine delegates are up for grabs in Washington.

Biden, appearing in Philadelphia on Tuesday, told supporters that “although there’s a way to go, looks like we are going to have another good night.”

Biden said that he wanted support from those who support Sanders, thanking the senator and his supporters “for their tireless energy and their passion.”

“We share a common goal. And together, we’ll defeat Donald Trump,” he said.

Sanders did not speak publicly but his campaign said he would stay in the race until at least the next debate, which is slated for March 15 in Phoenix, Arizona.

“I, for one, am extremely excited about this debate all the moderates are panicking about. The delegate count difference is only about 150 points out of 4,051 total. America finally gets to see Biden defend his ideas, or lack there of, on Sunday,” Briahna Joy Gray, Sanders’s national press secretary, said in a statement on Twitter.

Some in the party have called on Sanders to exit the race, including Rep. James Clyburn (D-S.C.), who endorsed Biden for president just before the primary there.

“It is time for us for shut this primary down, it is time for us to cancel the rest of these debates because you don’t do anything but get yourself in trouble if you continue in this contest when it’s obvious the numbers won’t shake out for you,” Clyburn said during an interview with NPR before results came in. He did say his call depended on Sanders not winning any states.

Sanders’s supporters have dismissed the calls.

“The tougher the primary is for the Democratic nominee, the better, more battle-tested the nominee will be,” David Sirota said on Twitter. “Establishment demands for silence in the name of ‘unity’—or for the end of a contested the primary—don’t serve the cause of defeating Trump. They weaken that cause.”